Seydou Keita Refuses to Shake Hand With Pepe Before Friendly

Keita snubbed Pepe and then threw a water bottle at him, which appeared to hit the Portugal defender on the shoulder. 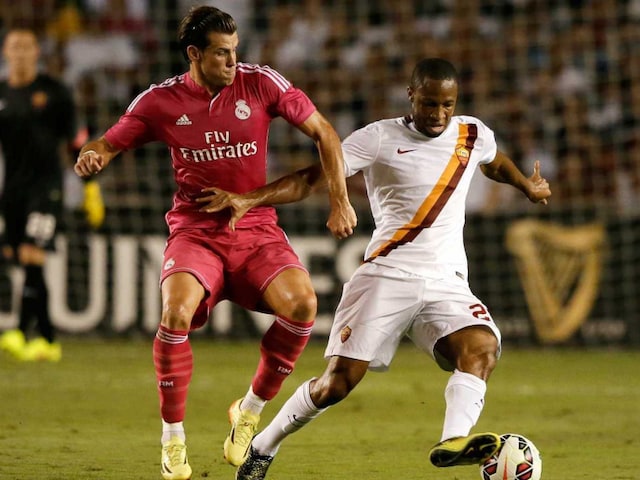 An old feud has sparked up after Roma's Seydou Keita refused to shake Pepe's hand before his side's friendly against Real Madrid in Dallas.

Keita snubbed Pepe and then threw a water bottle at him, which appeared to hit the Portugal defender on the shoulder.

The two have endured a troubled relationship since Keita's time at Barcelona, where the Mali international accused Pepe of racism during the 2011 Spanish Supercup.

Pepe, who has been involved in several controversial incidents, kept his calm on Tuesday and even smiled after the bottle was hurled at him.

It briefly appeared as if the situation would get worse as Real Madrid duo Sergio Ramos and Xabi Alonso remonstrated with Keita. Roma went on to win the match 1-0, thanks to a Francesco Totti goal.

Comments
Topics mentioned in this article
Pepe Seydou Keita Real Madrid Roma Football
Get the latest Cricket news, check out the India cricket schedule, Cricket live score . Like us on Facebook or follow us on Twitter for more sports updates. You can also download the NDTV Cricket app for Android or iOS.