Sergio Busquets sustained the injury on November 15 while on international duty with Spain, during the Nations League match against Switzerland. 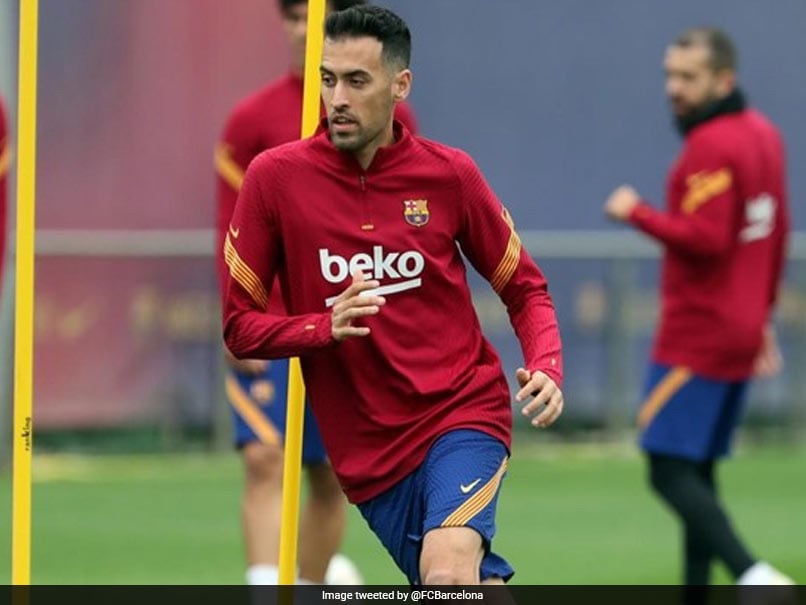 This season, Sergio Busquets has played a total of 10 games for Barcelona.© Twitter

Barcelona's Sergio Busquets is set to miss the team's La Liga clash against Atletico Madrid due to a knee injury, the club confirmed on Wednesday. Busquets sustained the injury on November 15 while on international duty with Spain, during the Nations League match against Switzerland. The midfielder was then ruled out of the clash against Germany but Spain managed to secure an impressive 6-0 win on Wednesday. "First team player Sergio Busquets has been visited by the club's Medical Services team this morning and the diagnosis of a sprain of the external lateral ligament of his left knee has been confirmed. The player will therefore not play this weekend, and the evolution of the injury will condition his availability," Barcelona said in a statement.

This season, Sergio has played a total of 10 games for Barcelona, seven in the league and three in the Champions League.

Sitting at the eighth position on the La Liga table with 11 points, Barcelona will take on Atletico Madrid on November 22.