Scotland Must Pick up Points Against Germany: Gordon Strachan

The Scots slumped to a 1-0 defeat to Georgia in Tbilisi on Friday to deal a major blow to their chances of finishing in the top three spots in Group D. 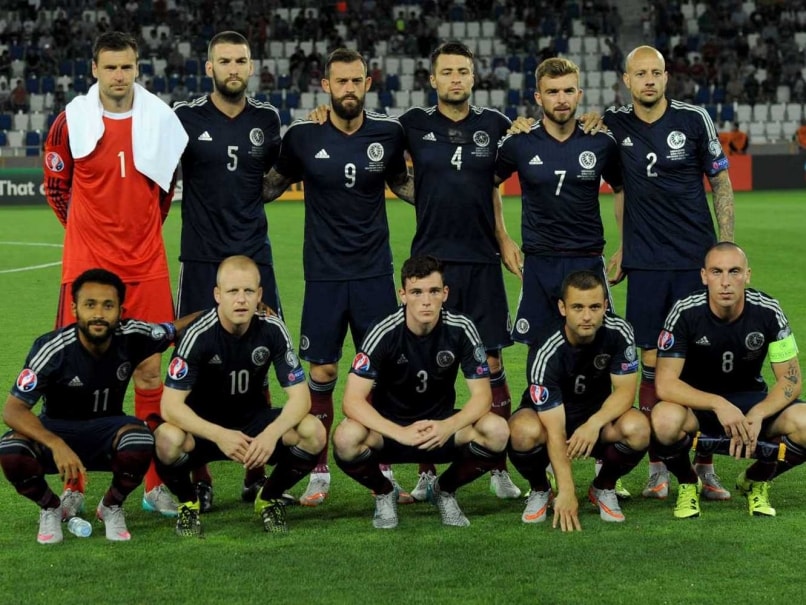 Gordon Strachan says Scotland must pick up points against world champions Germany on Monday if they are to keep their Euro 2016 qualification dream alive.

The Scots slumped to a 1-0 defeat to Georgia in Tbilisi on Friday to deal a major blow to their chances of finishing in the top three spots in Group D.

It means Scotland, who started the night in third place, will need a positive result against Germany in Glasgow on Monday before Poland visit in October to give themselves a realistic chance of reaching the finals of a major tournament for the first time since 1998.

However, Strachan says he is confident his players can put in a better performance against Joachim Loew's World Cup winners, who claimed a narrow 2-1 win in the group opener against the Scots last year.

"I think we have to pick up something to make sure that everyone knows that we are still there. We are still in it so we have to get over the disappointment," Strachan said.

"We are going to take that disappointment and turn it into a good performance on Monday.

"We have three games left and I want to get as many points as possible.

"I've got every confidence in the players in the group. They'll get themselves organised, refreshed and will be looking forward to the challenge.

The result has parallels with the 2-0 loss Scotland suffered in Tblisi in 2007, when a victory would have set Scotland up to qualify for Euro 2008.

However, Strachan, whose side have claimed valuable draws away to Poland and Ireland already in Group D, refused to be too downbeat.

"When you are trying to achieve something - and it's happened to me a lot through my career as a player and a manager - and there's a target you want to get to it never runs smoothly," the Scotland boss said.

"Sometimes it is a bumpy ride to get to where you want to go. We've had a bump tonight but we can deal with that.

"Something always happens along the way to that target and that's something we will keep in mind."

Some of Strachan's key players failed to perform in Tbilisi, where a cagey first half saw Valeri Qazaishvili score a superb goal to give Georgia a 38th minute lead.

The Scots struggled to create any real openings until late on when substitute Grant Hanley headed a stoppage time chance wide as the visitors failed to register a single shot on target.

However, Strachan felt his side deserved something from the game.

"I think we did more than enough not to be beaten but not enough to win," Strachan said.

"We were a yard short in a couple of passes to put us through for some good opportunities and I think it was their first strike on goal and they scored.

"It is vital that you don't give away the first goal away against a team that is feeling good about themselves and are used to defending and they were hard to break down.

"The players turned up and tired to pass the ball and be inventive and did the best they could. Our lads were brave on the ball but it wasn't to be."

Comments
Topics mentioned in this article
Scotland Football
Get the latest updates on India vs England Series, India vs England , live score and IPL 2021 Auction . Like us on Facebook or follow us on Twitter for more sports updates. You can also download the NDTV Cricket app for Android or iOS.