After 29 years at Manchester United, where he won 13 league titles and two European Cups as a player, Ryan Giggs has ended his association with the club 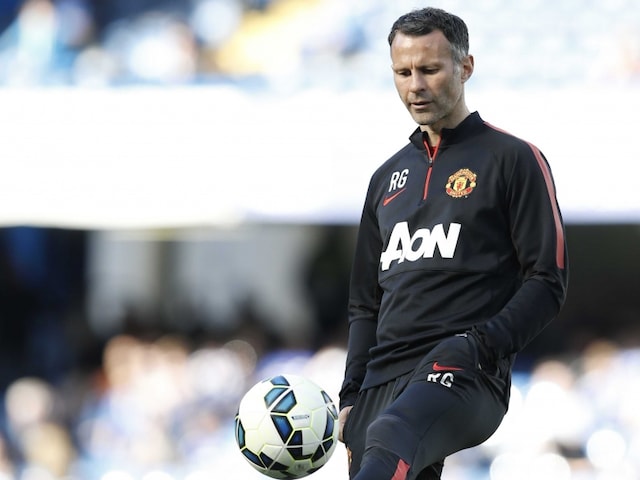 Ryan Giggs did the right thing leaving Manchester United, the club he served so loyally for nearly 30 years, his mentor Alex Ferguson said on Monday.

Ferguson, 74, and who guided Giggs and United to 13 Premier League title successes, two Champions League wins, four FA Cup triumphs and four League Cup crowns before retiring in 2013, added he felt Giggs possessed the qualities to make it as a manager.

Giggs, 42, and presently in France as a TV pundit where his compatriots face a Euro 2016 semi-final with Portugal on Wednesday, left the club on Saturday after manager Jose Mourinho said he wanted long-time associate Rui Faria to be his assistant manager which meant a different role for the former Welsh wing.

Giggs, who made a record 963 appearances for United, had been assistant manager under Mourinho's predecessor Louis van Gaal.

"It is time Ryan stood on his own feet, got out there and accepted the challenge," Ferguson, the man who gave Giggs his debut, told the BBC.

"I talk about his poker face. He has a bit of steel about him.

"It is such a highly intense results industry, you need people who go into it to have a bit of steel about them, a bit of character and personality."

Ferguson, who has had to watch from the sidelines as both David Moyes and van Gaal failed to build on his legacy and seen United drop away from title contention, said it was understandable Mourinho would bring his own faithful lieutenant with him.

"You have got to have, in your assistant, someone you have trusted all your life," said Ferguson.

"When I came to United, I brought Archie Knox because he was a valuable person for me. I trusted him 100%. Jose Mourinho has had his assistant for years and, quite rightly, has stuck by his own man.

"If Jose hadn't had an assistant, I know he would have taken Ryan."

Ferguson, who has unlike fellow United legend and director Bobby Charlton always been a fan of the volatile Mourinho, said he hoped Giggs chose his first management job wisely.

"I think he is ready to manage and he has a lot of quality," said Ferguson.

"He doesn't want to spoil that quality by going to a club where it is sacking a manager every two minutes."

As for when he first saw him as a teenager Ferguson said he had no doubts Giggs would develop into a superb player.

"You knew right away... the way he ran over the ground," said Ferguson.

"I referred to it like a cocker spaniel chasing a piece of silver paper in the wind. His feet never seemed to touch the ground."

Comments
Topics mentioned in this article
Manchester United Ryan Giggs Alex Ferguson Football
Get the latest Cricket news, check out the India cricket schedule, Cricket live score . Like us on Facebook or follow us on Twitter for more sports updates. You can also download the NDTV Cricket app for Android or iOS.