After a blazing start for the Red Devils in 2012 under Alex Ferguson following his transfer from Arsenal, van Persie faltered and his 2014/2015 season was marred by an ankle ligament injury. He will now play for Fenerbahce. 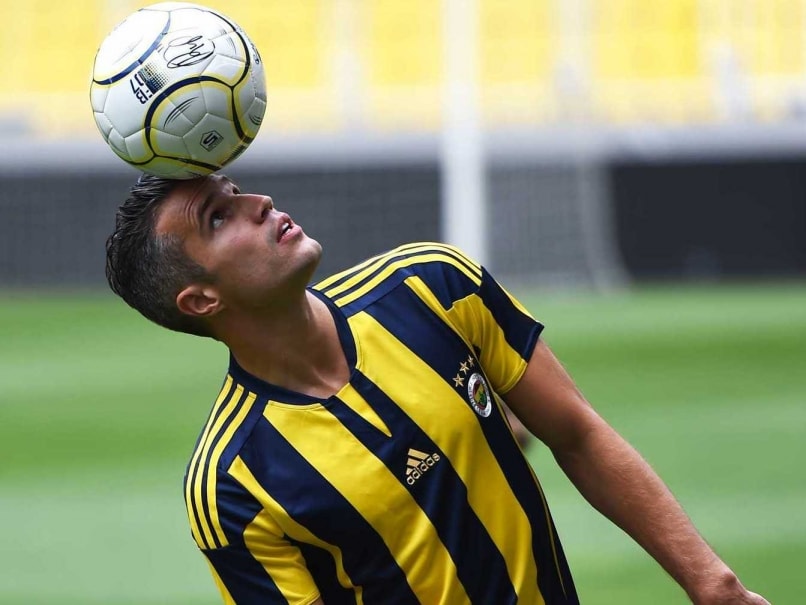 After a blazing start for the Red Devils in 2012 under Alex Ferguson following his transfer from Arsenal, van Persie faltered and his 2014/2015 season was marred by an ankle ligament injury. (Also read: Van Persie gets a massive reception in Istanbul)

"It was a situation where I could see it coming and I could get used to the idea (of leaving Manchester United) for quite a bit," van Persie told reporters at his first news conference after signing for Fenerbahce.

"That is football. You sign for new clubs, there are good periods, bad moments."

"There are no hard feelings with how it went. This is part of football, part of life. I accept that."

He said that he had enjoyed a "good moment" with the Manchester United players to say goodbye before leaving for Turkey.

Van Persie also hailed the role of United executive vice chairman Ed Woodward, who he said had dealt with his transfer to Fenerbahce in a "very classy way" and acted like a "true gentleman".

Van Persie did not comment on speculation of tension between himself and Manchester United boss Louis van Gaal, who had guided van Persie and his countrymen to third place in the World Cup.

"In difficult choices you make in life you look at the positive and negative things, you speak to the people you love and then I have to make the decision," he said.

Van Persie said he was "convinced" he could reach the level of his play that he achieved when he transferred from Arsenal to Manchester United in 2012.

"I am convinced I can play many years at the top level, I will show my passion."

Van Persie said he had been "humbled" by the welcome he received in signing for Fenerbahce from fans and said he was relishing the challenge ahead.

In particular, he will lock horns with Dutch teammate Wesley Sneijder who plays for arch Istanbul rivals Galatasaray.

"He is a very good guy a friend and a colleague. I am looking forward to the challenge," said van Persie.

Comments
Topics mentioned in this article
Football Robin Van Persie Manchester United
Get the latest updates on IPL 2021, IPL Points Table , IPL Schedule 2021 , live score . Like us on Facebook or follow us on Twitter for more sports updates. You can also download the NDTV Cricket app for Android or iOS.