Manchester City said in a statement on Monday that a scan had showed nothing alarming. 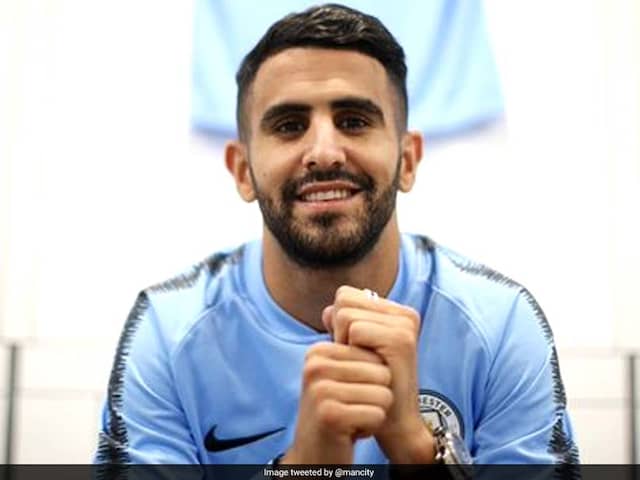 Manchester City's record signing Riyad Mahrez could play in Sunday's Community Shield against Chelsea after a scan showed he had suffered no significant damage to his left ankle in a friendly with Bayern Munich. The 27-year-old Algerian international forward -- for whom City paid Leicester 60 million Pound ($79 million) earlier this month -- had to leave the pitch in Miami on Saturday after being fouled by Bayern's Chris Richards. However, City said in a statement on Monday that a scan had showed nothing alarming.

"Riyad Mahrez has been given the all-clear to return to training later this week after picking up an ankle knock," read the statement.

"City's new signing was withdrawn from the action after being fouled by Bayern Munich's Chris Richards during the first half of Saturday's 3-2 win over Bayern Munich.

"Subsequent pictures emerged showing Mahrez wearing a protective boot on his left foot upon his return to Manchester.

"However, a scan today (Monday) has revealed no significant damage, and he could be available for selection for this weekend's Community Shield against Chelsea."

Mahrez's replacement Bernardo Silva went on to score a double as City beat the German champions 3-2.

Riyad Mahrez Football
Get the latest Cricket news, check out the India cricket schedule, Cricket live score . Like us on Facebook or follow us on Twitter for more sports updates. You can also download the NDTV Cricket app for Android or iOS.