Gianluigi Buffon set a new clean sheet record in Serie A's three-points-for-a-win era as Juventus maintained their three point lead at the top of Serie A with a 2-0 win at Atalanta. 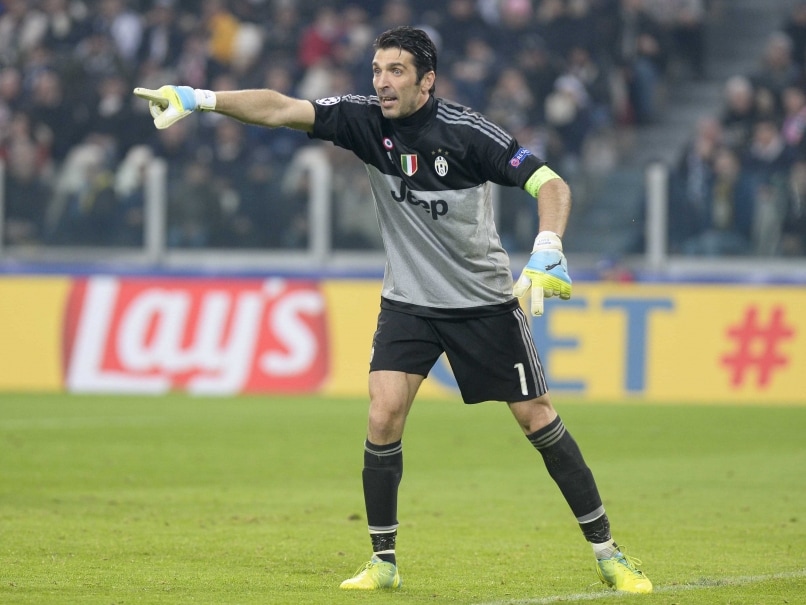 Juventus stayed on course for a fifth straight Serie A title by maintaining their three-point lead with a 2-0 win at Atalanta on Sunday that saw Gianluigi Buffon reach 836 minutes without conceding a goal, a record in the three-points-for-a-win era. (Click here for latest Football stories)

Juve responded to Napoli drawing level at the top on Saturday with a 3-1 win over Chievo by taking their league unbeaten run to 17 wins in 18 and moving up to 64 points in Bergamo.

Andrea Barzagli's 24th minute tap in and a superb solo effort from youngster Mario Lemina were enough to beat a tough but blunt home side.

"There's still a long way to go because second and third are in touching distance. Last year we had a 14-point advantage but this year it's only three," said an unsatisfied coach Massimiliano Allegri to Mediaset.

Captain Buffon had to deal with very little at Atalanta and now is third in the all-time clean sheet list.

Against Sassuolo on Friday he can overtake Dino Zoff, who went 903 minutes without conceding for Juventus in 1972/73.

Buffon is also now within touching distance of the all-time record of 929 minutes established by AC Milan keeper Sebastiano Rossi in 1993/94.

"We're not even thinking about his record. What matters is making sure that we finish a point ahead of everyone else," insisted Allegri.

Inter Milan kept pace with the pack in the race for Champions League qualification after easily seeing off flatlining Palermo 3-1 to win for just the fourth time in 2016.

They are two behind Fiorentina and five behind third-placed Roma, who walloped Paulo Sousa's Viola 4-1 on Friday.

Palermo reacted well to going two down so early and pulled a goal back through a sliding Franco Vazquez finish on the stroke of half-time.

But Giuseppe Iachini's side haven't won in seven and are now just a point above the relegation zone following Sunday's defeat and third-from-bottom Frosinone's 2-0 win over Udinese earlier in the day.

"We deserved to be three up at half-time, but made a silly mistake to let them back into the game. We have to improve on that," said Inter coach Roberto Mancini.

The win for Inter also sees them extend their lead on AC Milan to four points after their local rivals' own Champions League chances took a huge hit at Sassuolo.

Sinisa Mihajlovic's side fell 2-0 thanks to Alfred Duncan's first half piledriver and Nicola Sansone's well-worked fifth of the season 18 minutes before the end.

"We dominated the first half-hour, but as often happens we failed to turn that pressure into a goal," said Mihajlovic, who was sent off for dissent when referee Piero Giacomelli didn't stop the play when Andrea Bertolacci went down in the built up to Sansone's winner.

"We cannot keep creating four or five scoring opportunities only to concede the first shot on goal."

Genoa move level on 31 points with city rivals Sampdoria, who eased their own relegation fears with a 3-0 hammering of rock-bottom Verona on Saturday, while Carpi are six points from safety after their own goalless draw at Bologna.

Andrea Belotti had already opened the scoring for the home side with a 12th minute tap-in when Italy hopeful Immobile blasted over nine minutes later, and Lucas Biglia punished that miss with a spot-kick of his own in the 78th minute.

Comments
Topics mentioned in this article
Gianluigi Buffon Juventus Football
Get the latest updates on ICC T20 Worldcup 2022 and CWG 2022 check out the Schedule, Live Score and Medals Tally. Like us on Facebook or follow us on Twitter for more sports updates. You can also download the NDTV Cricket app for Android or iOS.