Radamel Falcao to Spend Night in Hospital After Head Clash 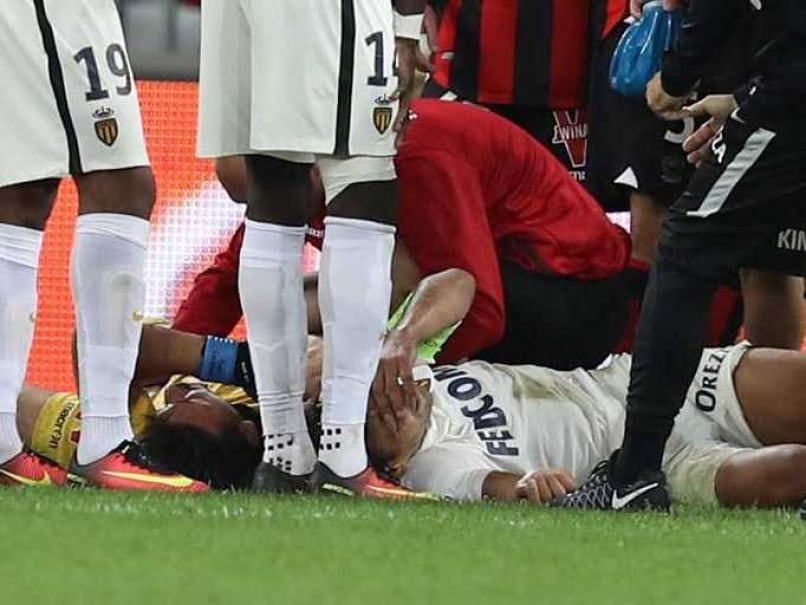 Colombia international forward Radamel Falcao will spend the night in hospital after suffering a knock to the head in a French Ligue 1 match on Wednesday.

The Monaco striker was caught in a sandwich between goalkeeper Yoann Cardinale and defender Paul Baysse just before half-time in the 4-0 defeat at Nice.

"Radamel was caught in a sandwich and stayed on the ground with head pain for some time," said Monaco coach Leonardo Jardim.

"He's gone to hospital for tests."

He didn't appear for the second half and went to the Princesse Grace hospital in Monaco for scans.

Due to head trauma protocols, Falcao must remain in hospital overnight.

Doctors including a neurologist will decide when he can return to action.

Young Monaco player Kyllian Mbappe had to sit out for four weeks for a similar knock to the head recently.

Falcao has scored once in three Ligue 1 appearances this season.

Monaco next play Angers on Saturday before hosting Bayer Leverkusen in the Champions League on Tuesday.

Comments
Topics mentioned in this article
Monaco Nice Radamel Falcao Football
Get the latest updates on IPL 2021, check out the IPL 2021 Schedule and Indian Premier League Live Score . Like us on Facebook or follow us on Twitter for more sports updates. You can also download the NDTV Cricket app for Android or iOS.