Petr Cech made 400 appearances during 11 years with Chelsea but said he is excited to join Arsenal. 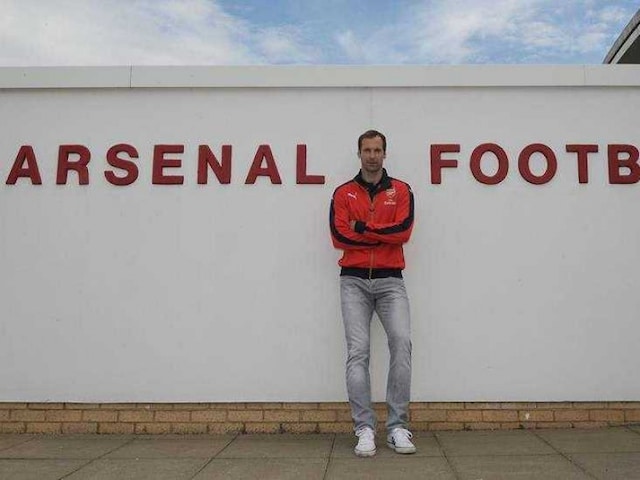 Petr Cech has agreed to join Arsenal from Premier League champions Chelsea on a "long-term contract for an undisclosed fee", the Gunners announced on their website on Monday.

"I have the same commitment to football, the same motivation and the same hunger for success as I had at the beginning of my career, and I love the challenges brought by the top quality players you face while playing in the Premier League.

"When Arsene Wenger spoke to me about his ambitions for this club, and how he saw me as part of this team, the decision was clear."

Arsenal manager Wenger added: "Petr Cech is a player that I have admired for a long time and I am very pleased that he has decided to join us.

"He has proven over many seasons that he is one of the outstanding 'keepers in the world and he will add great strength to our squad," the Frenchman said.

During his time with Chelsea, Cech's haul of 13 major trophies included four Premier League titles and four FA Cups, as well as the 2012 Champions League.

In the same period, Arsenal had to make do with three FA Cup triumphs, including a 4-0 victory over Aston Villa in last season's final.

Neither Wojciech Szczesny or David Ospina has been completely convincing between the posts for Arsenal, with many pundits believing Wenger needed to sign a top-class goalkeeper if the Gunners were to challenge for the Premier League title.

Prior to Cech's move across London, Chelsea captain John Terry said he would improve Arsenal, who finished third in the Premier League last season, by 12 to 15 points.

"If they (Arsenal) do get Pete, that will strengthen them for sure," centre-half Terry told talkSPORT radio. "He will save them 12 to 15 points a season."

Former Gunners goalkeeper Bob Wilson, also speaking before the transfer was confirmed, was in no doubt of Cech's quality.

"So, he's 33 now, he still has five or six seasons of greatness in him and he is going to give Arsenal that assurance at the back that they really need," Wilson, a member of the Gunners side that won the "Double" in the 1970/71 season, told BBC Radio Five.

"You know, people will look at the two who are there -- Wojciech Szczesny and David Ospina -- and the point really is that if you can improve your team in any way you'd be fools not to do it," Wilson added.

Comments
Topics mentioned in this article
Petr Cech Arsenal Chelsea Football
Get the latest updates on IPL 2020, check out the IPL Schedule for 2020 and Indian Premier League (IPL) Cricket live score . Like us on Facebook or follow us on Twitter for more sports updates. You can also download the NDTV Cricket app for Android or iOS.