Pep Guardiola believes the protocols he and his players must follow for football to return are a small sacrifice compared to those risking their lives on the frontline of the coronavirus crisis. 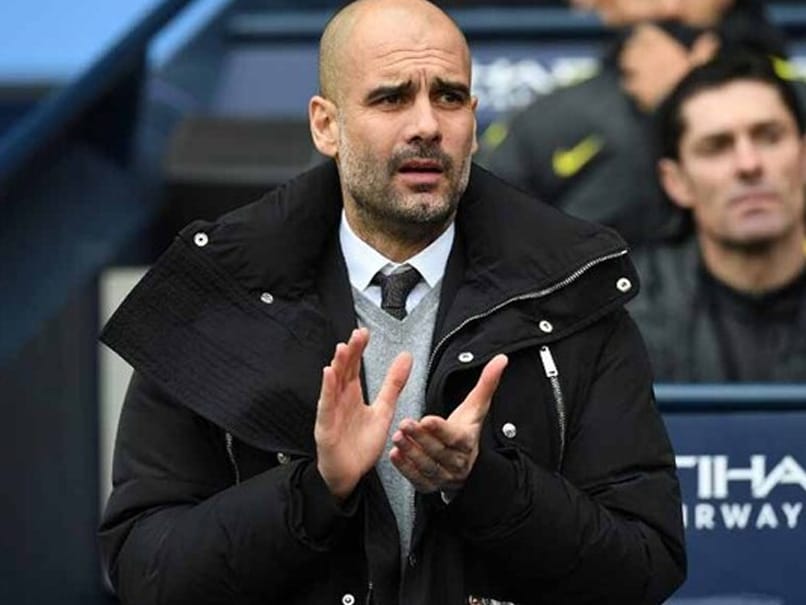 Pep Guardiola's mother died at the age of 82 in April after contracting COVID-19.© AFP

Manchester City manager Pep Guardiola believes the protocols he and his players must follow for football to return are a small sacrifice compared to those risking their lives on the frontline of the coronavirus crisis. Guardiola's mother died at the age of 82 in April after contracting COVID-19. "We follow the rules, the protocol. We have to. That's the most important thing. We don't do anything special," Guardiola told the City website. "The special ones are the doctors, nurses, scientists, cleaners -- they put their own lives at risk to save ours. "When it's a special situation around the world, you have to adapt."

The UK government has now given the green light for contact training to resume, with clubs set to vote on the protocols on Wednesday.

Should the Premier League, FA Cup and Champions League all be completed, City could face 17 games in little over two months once the action gets underway.

But Guardiola is pleased with the fitness of his players given they have not played competitively since March 8.

"I think they were looking forward to coming back and to train again and do what they like," he added. "They came back perfectly."

Even when football does return in England, matches are set to be behind closed doors for the forseeable future.

Fears have been raised over the possibility that fans could congregate around stadiums, but there has been little evidence of such problems in Germany since the return of the Bundesliga.

And Guardiola encouraged fans to continue adhering to the health and safety guidelines.

"We want to come back but now the priority is other things. It's still stay safe, be careful and when everything is possible we will come back," he said.

"The most important thing is to follow the instructions. If they say use a mask, stay at home, social distance, we have to do it. Because there are many, many people in the NHS (National Health Service) around the world who put their own lives at risk to save ours.

"It's incredible what they have done, and we have to follow them. Now, we cannot do anything wrong."

Comments
Topics mentioned in this article
Pep Guardiola Football
Get the latest updates on Fifa Worldcup 2022 and check out  Fifa World Cup Schedule, Stats and Live Cricket Score. Like us on Facebook or follow us on Twitter for more sports updates. You can also download the NDTV Cricket app for Android or iOS.