Pedro Rodriguez, who has slipped down the Barcelona pecking order since the arrivals of Neymar and Luis Suarez, was thought to be considering his options. 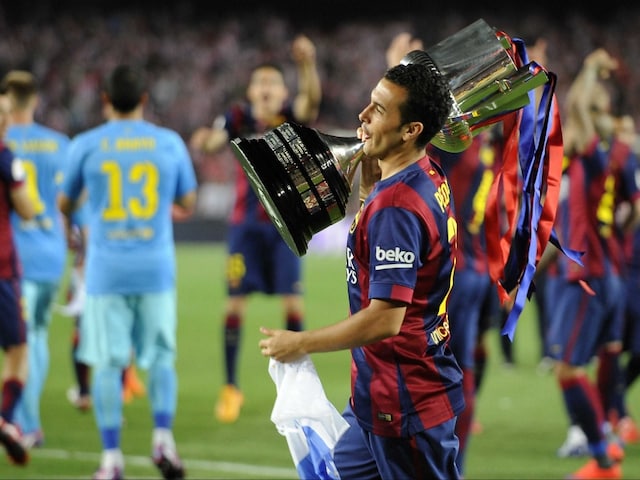 Spanish international forward Pedro Rodriguez has extended his contract with Barcelona until 2019 despite being pushed into a fringe role over the past season.

"We have struck a deal with Pedro Rodriguez to extend his contract until June 2019," Barcelona said in a statement. (Andres Iniesta Returns to Training)

His previous deal had a year to run and the man who has slipped down the Barcelona pecking order since the arrivals of Neymar and Luis Suarez was thought to be considering his options.

The 27-year-old won the 2010 World Cup and Euro 2012 with Spain, for whom he has 50 caps, but started just 22 games for Barcelona this season, scoring eleven goals.

Pedro came through the Barcelona youth system and was brought into the first team by Pep Guardiola with his breakthrough year being 2010.

Comments
Topics mentioned in this article
Barcelona Pedro Football
Get the latest Cricket news, check out the India cricket schedule, Cricket live score . Like us on Facebook or follow us on Twitter for more sports updates. You can also download the NDTV Cricket app for Android or iOS.