Chelsea F.C. midfielder Cesc Fabregas was jeered by some sections of the Stamford Bridge crowd during Saturday's 3-1 win over Sunderland as part of protests against the sacking of manager Jose Mourinho. 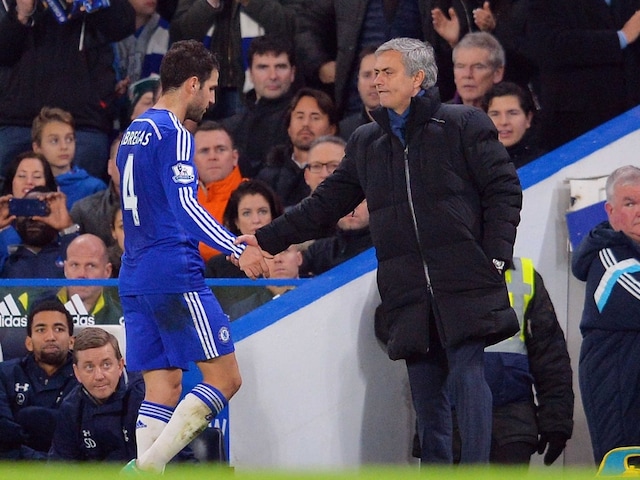 Midfielder Fabregas was jeered by some sections of the Stamford Bridge crowd during Saturday's 3-1 win over Sunderland as part of protests against the sacking of manager Jose Mourinho. (Chelsea F.C. Will Miss You: Cesc Fabregas to Jose Mourinho)

Fabregas, like Pedro a former Barcelona star, has been accused, alongside another Spain international, Diego Costa, of undermining the popular Mourinho, contributing to the Portuguese manager's sacking. (Chelsea F.C. Coach Backs Diego Costa, Cesc Fabregas To Win Back Crowd Support)

"It was difficult for him (Fabregas) but he can get through this," Pedro told the Evening Standard.

"He is strong mentally and very competitive. Cesc is a top player, a very good character in the team, he is a winner and it's good he plays for us.

"I understand why the fans are so upset. It's normal when the team and coach are in this position."

But Fabregas's form this season has been a far cry from that of the previous campaign and the 28-year-old was forced to deny any part in alleged dressing room revolts earlier this season.

"Thank you for all you have done for me. I owe you a lot and we will all miss you. Good luck in the future," said Fabregas on Twitter after Mourinho's sacking last Thursday.

Comments
Topics mentioned in this article
Chelsea Sunderland Pedro Cesc Fabregas Football
Get the latest Cricket news, check out the India cricket schedule, Cricket live score . Like us on Facebook or follow us on Twitter for more sports updates. You can also download the NDTV Cricket app for Android or iOS.