Pedri joined Barcelona from Las Palmas in 2020 and was an immediate success, going on to play 53 games under Ronald Koeman in his first season. 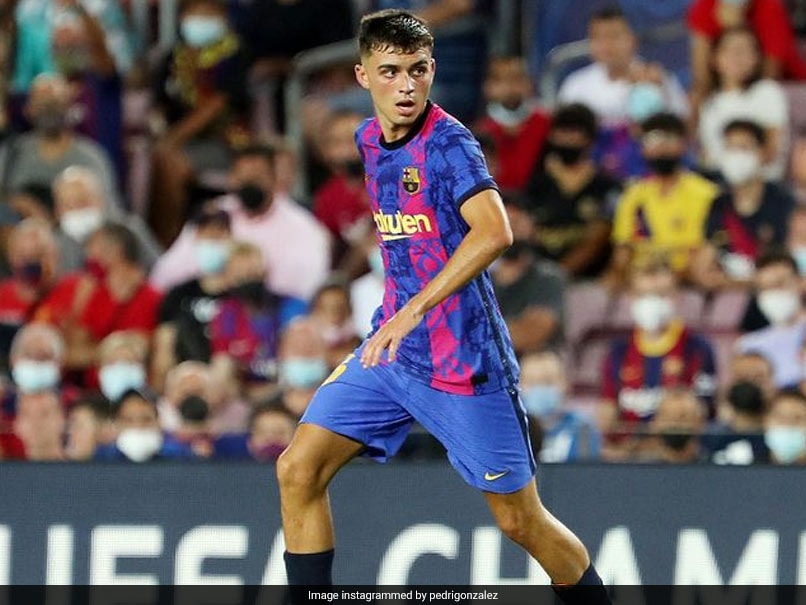 Pedri has emerged in recent months as one of the world's most exciting young talents.© Instagram

Barcelona midfielder Pedri has agreed a contract extension until 2026, with the deal including a one billion euro (1.16 billion dollars) release clause, the club announced on Thursday. Barca added the 18-year-old's signing ceremony will happen on Friday. The deal comes as a huge boost to Barcelona, whose enormous debts have prompted the departures of high-profile players like Lionel Messi, Luis Suarez and Antoine Griezmann. "FC Barcelona and the player, Pedro Gonzalez 'Pedri', have agreed a contract extension until 30 June 2026. The release clause is set at 1 billion euros," the club said in a statement.

Pedri has emerged in recent months as one of the world's most exciting young talents.

He joined Barca from Las Palmas in 2020 and was an immediate success, going on to play 53 games under Ronald Koeman in his first season.

He was also pivotal in Spain reaching the semi-finals at Euro 2020 and then the team winning a silver medal at the Olympic Games in Tokyo.

In the statement, the club described it as "a tough year, with many miles on the clock, but one full of reward".

Pedri is among a group of youngsters hoping to lead a new era for Barcelona, which also includes the likes of Fati, Gavi, Sergino Dest, Eric Garcia, Ronald Araujo and Nico Gonzalez.