Zlatan Ibrahimovic scored one goal and made another as Paris Saint-Germain won 2-1 against Chelsea F.C. at Stamford Bridge to complete a 4-2 aggregate win and reach the quarter-finals of the Champions League for a fourth successive season. 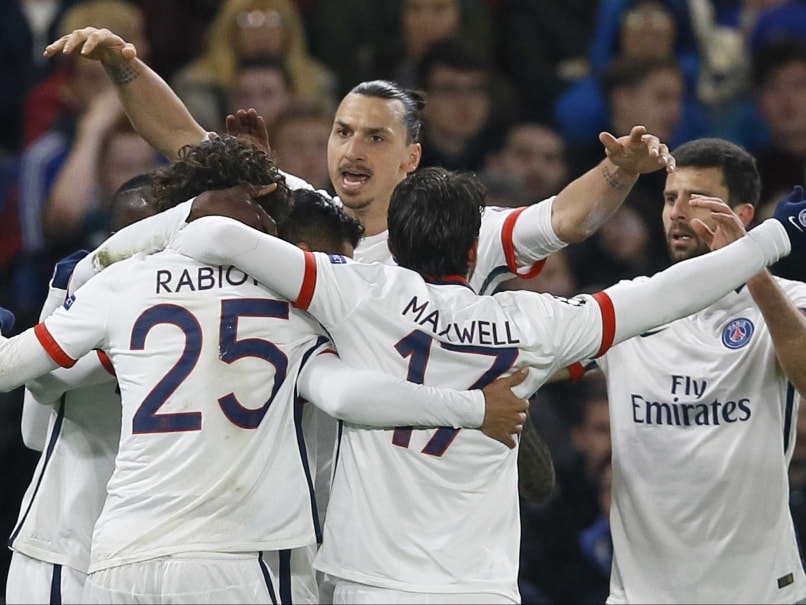 Zlatan Ibrahimovic celebrates with teammates after his side eliminated Chelsea F.C. from Champions League.© AP
London:

Zlatan Ibrahimovic warned that there was more to come from Paris Saint-Germain after he inspired them to victory over Chelsea F.C. in the Champions League last 16 on Wednesday.

The Sweden striker scored one goal and made another as PSG won 2-1 at Stamford Bridge to complete a 4-2 aggregate win and reach the quarter-finals for a fourth successive season.

Sent off as PSG eliminated Chelsea at the same stage last season, Ibrahimovic made his presence felt on his return to west London and vowed that the French champions were determined to make a mark on the competition.

"I stayed more than 20 minutes on the pitch this year!" he joked in an interview with BT Sport.

"We did a good game, very stable. We played with lots of patient possession and when we had a chance to strike, we scored two goals. We had enough to win the game.

"Overall we played the way we wanted to. It was not easy, you have to watch out. Chelsea's front four are able to do anything.

"We are doing good things. Where we end up, we don't know. We are not satisfied yet."

Comments
Topics mentioned in this article
Zlatan Ibrahimovic Paris SG Chelsea Football
Get the latest updates on ICC T20 Worldcup 2022 and CWG 2022 check out the Schedule, Live Score and Medals Tally. Like us on Facebook or follow us on Twitter for more sports updates. You can also download the NDTV Cricket app for Android or iOS.