Ole Gunnar Solskjaer launched a scathing attack on former Manchester United and Arsenal striker Robin van Persie for some of his recent comments. 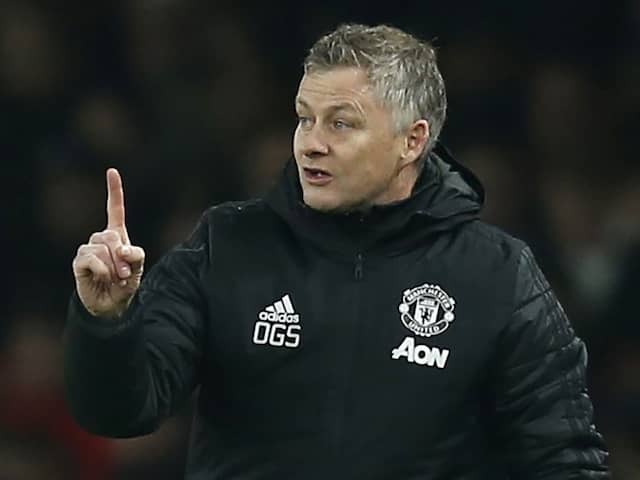 Ole Gunnar Solskjaer has hit back at Robin van Persie over some of his recent comments.© AFP

Ole Gunnar Solskjaer has hit back at former Manchester United and Arsenal striker Robin van Persie for some of the comments he made as a pundit for BT Sport. The Dutchman had criticised Solskjaer for smiling after Manchester United's 2-0 defeat to Arsenal at the Emirates Stadium. Speaking on the eve of Manchester United's FA Cup clash away to Wolves, Solskjaer said the Dutch striker "doesn't have a right to criticise my management style", insisting that he "won't change" his approach.

"I would like to see him more mean at times, just be angry. I see him smiling after a game like that. This is not the moment to smile," Van Persie had said.

Robin van Persie had taken Solskjaer's No. 20 shirt after moving to Old Trafford from Arsenal and the current Manchester United manager made it clear "that's probably all he's going to take from me because I'm not in medieval times".

"I don't know Robin and Robin doesn't know me," Solskjaer was quoted as saying by ESPN.in. "He probably doesn't have a right to criticise my management style and I won't change. That's definite.

"Yeah Robin, he took my No.20 [shirt] and that's probably all he's going to take from me as well because I'm not in medieval times."

Manchester United will be without Scott McTominay and Paul Pogba when they travel to Molineux Stadium.

Wolves were United's conquerors at the quarter-final stage of the FA Cup last season and Solskjaer predicts another tough assignment on Saturday.

Robin Van Persie Football Ole Gunnar Solskjaer
Get the latest Cricket news, check out the India cricket schedule, Cricket live score . Like us on Facebook or follow us on Twitter for more sports updates. You can also download the NDTV Cricket app for Android or iOS.