Last year it was claimed that Nepalese workers building infrastructure - not stadiums - in Qatar were dying at the rate of one every two days because of poor working practices in searing hot temperatures. Hassan Al-Thawadi though says proper measure are in place to avoid any injury or death. 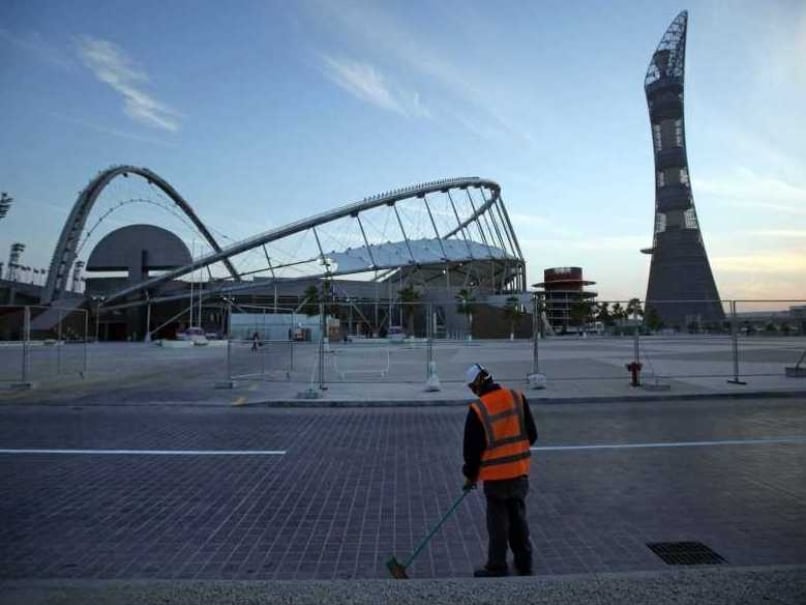 File photo of an under-construction stadium in Qatar.© AP
Doha:

Speaking at a press briefing for foreign reporters in Doha, Thawadi said that work has been carried out so far on beginning to build or revamp five stadiums in preparation for football's biggest competition, which will take place in the tiny Gulf state in 2022.

"We have had about 4.8 million working hours. We've got about just over 2,500 workers and about five stadiums - we are at the early stages of construction," said Thawadi, the secretary general for Qatar's Supreme Committee for Delivery and Legacy.

"The World Cup stadium projects that we are responsible for, there have been no fatalities and no major injuries as well."

Up to 12 stadiums will be used for the tournament.

Thawadi's comments come amid concerns over the treatment of tens of thousands of migrant labourers working on infrastructure projects and facilities for the World Cup in seven years' time.

Last year it was claimed that Nepalese workers building infrastructure - not stadiums - in Qatar were dying at the rate of one every two days because of poor working practices in searing hot temperatures.

One claim last year estimated that as many as 4,000 migrant workers will die by the time the tournament takes place.

Qatar's Dr Abdullah bin Saleh al-Khulaifi, the labour and social affairs minister, said the reported number of deaths in the public domain for those from large immigrant groups such as Nepal, India or Bangladesh was wrong.

"The grand total of deaths among the biggest nationalities is by far less than what has been circulated in the media, by far," he said.

He said 194 Nepalese people were killed in Qatar during 2014, but did not explain how they died or if they were working on infrastructure projects.

Qatar is spending some USD 200 billion on infrastructure over the next few years including not only preparations for the World Cup but also projects such as a USD 36-billion metro network for Doha and a nearly USD 2-billion sewerage system.

Comments
Topics mentioned in this article
Other Sports Football
Get the latest updates on India vs Australia Series, check out the India vs Australia Schedule for 2020-21 and Ind vs Aus live score . Like us on Facebook or follow us on Twitter for more sports updates. You can also download the NDTV Cricket app for Android or iOS.