Neymar, FC Barcelona in the Dock Over Murky Transfer

Neymar and FC Barcelona president Josep Maria Bartomeu will give evidence in the murky case over the deal which brought the Brazilian to the Catalan giants in 2013. 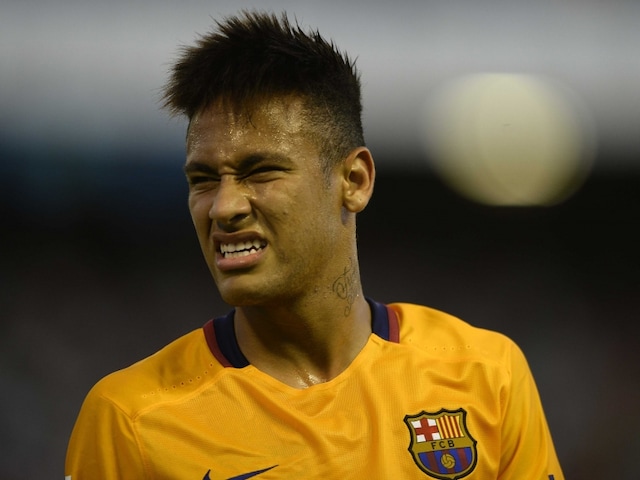 FC Barcelona star Neymar and president Josep Maria Bartomeu will be called to give evidence this week in the murky case over the deal which brought the Brazilian to the Catalan giants from Santos in 2013. (Neymar Fined for Brazil Tax Evasion)

Bartomeu is due to attend Spain's national court on Monday with Neymar to follow on Tuesday.

Sandro Rosell, Bartomeu's predecessor who was president of the club when Neymar was signed, and the player's parents have also been called to testify.

Public prosecutors filed for action to be taken against all the parties after a complaint of fraud and corruption was launched by the Brazilian investment fund DIS, which held 40 percent of Neymar's sporting rights when he played at Santos.

DIS has claimed it was cheated of its real share of the benefits of the 23-year-old's transfer because part of the transfer fee was concealed by Barcelona and Santos.

The deal was originally valued at 57.1 million euros ($62.1 million) by Barca, 40 million of which was paid to the N&N company owned by the player's father with Santos receiving just 17.1 million.

However, Spanish judicial authorities have estimated the number of simultaneous deals in the transfer amounted to at least 83.3 million.

After hearing the testimony, a judge will decide whether the case will progress and charges be filled.

However, it is just one of a number of legal battles facing the club, whose reputation has been hit by a series of off-field scandals in recent times despite their continued success on the pitch.

In a separate lawsuit, a judge in May 2015 ordered Bartomeu, Rosell and the club itself to stand trial over alleged tax fraud linked to the signing.

The scandal over the concealed transfer fee led to Rosell's resignation as president in January 2014 with then vice-president Bartomeu taking charge.

By splitting the fee between a number of different contracts between Santos and Neymar himself, Barcelona stand accused of defrauding the Spanish taxman of 12.7 million euros.

Prosecutors are seeking a prison sentence of two years and three months for Bartomeu and nearly seven years for Rosell, as well as a 22.2 million euro fine for the club. No date for a trial has been set so far.

A Brazilian court has also taken action freezing $47 million in assets belonging to Neymar over tax evasion allegations between 2011 and 2013.

Neymar's Argentine teammates Lionel Messi and Javier Mascherano have also been in trouble with the Spanish authorities over tax issues.

Five-time World Player of the Year Messi will stand trial for tax fraud charges on May 31 along with his father for allegedly failing to declare 4.16 million euros ($4.69 million) related to his image rights between 2007 and 2009.

Despite the series of legal scandals engulfing the club, Bartomeu comprehensively won club elections in July to retain his mandate until 2021 thanks to the team's success in winning the treble of Champions League, La Liga and Copa del Rey last season.

Neymar played a huge role in that success -- leading to third place in the Ballon d'Or earlier this month -- and has performed even better this season, scoring 21 goals as Barca threaten to sweep all before them once more.

However, his fiscal problems have cast some doubt over his future at the club with his father Neymar Sr saying he would seek tax assurances before signing an extension to his Barcelona deal, which expires in 2018, amid interest from Manchester United and Real Madrid.

Comments
Topics mentioned in this article
Neymar Lionel Messi Javier Mascherano Barcelona Football
Get the latest Cricket news, check out the India cricket schedule, Cricket live score . Like us on Facebook or follow us on Twitter for more sports updates. You can also download the NDTV Cricket app for Android or iOS.