Mesut Ozil, a German national of Turkish origin, condemned China's crackdown on Muslim minorities in the western region of Xinjiang in a tweet last Friday. 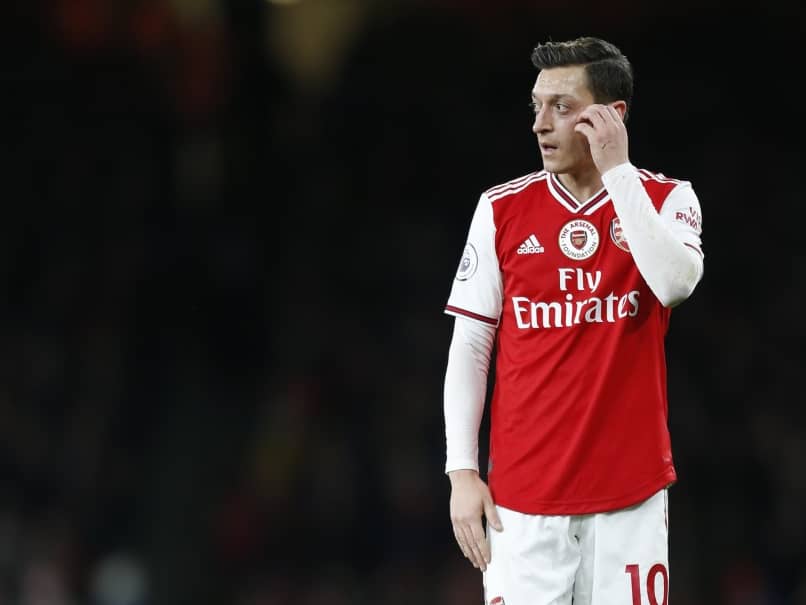 Arsenal midfielder Mesut Ozil has been deleted from Chinese versions of the popular Pro Evolution Soccer (PES) mobile game, the title's China distributor has said, as the fallout continued over his criticism of the country's treatment of its Uighur minority. US-listed Chinese internet company NetEase said it removed Ozil from the game due to his "extreme comment about China." Ozil, a German national of Turkish origin, condemned China's crackdown on Muslim minorities in the western region of Xinjiang in a tweet last Friday and criticised Muslim countries for failing to speak up about the alleged abuses.

Arsenal have distanced themselves from his comments, while China said his tweets were "untruthful" and that he was "deceived by fake news".

China has faced growing international condemnation for setting up a vast network of camps in Xinjiang, where critics say Uighurs are pressured to renounce Islam, support the ruling Communist Party, and integrate with China's majority Han culture.

Rights groups and experts say more than one million Uighurs and other mostly Muslim minorities have been incarcerated, part of a long-term government response to tame years of persistent violent unrest against Beijing's control of Xinjiang.

Ozil had tweeted in Turkish: "Korans are being burnt... Mosques are being shut down... Muslim schools are being banned... Religious scholars are being killed one by one... Brothers are forcefully being sent to camps."

"The Muslims are silent. Their voice is not heard," he wrote against a blue backdrop with a white crescent moon -- the flag of 'East Turkestan', the term many Uighur separatists use for Xinjiang.

Shortly afterward, NetEase announced on its verified Chinese social media accounts that Ozil's comments had "hurt the feelings of Chinese fans and violated the sport's spirit of love and peace".

"We do not understand, accept or forgive this comment."

China at first denied that the camps existed but, under growing pressure, later acknowledged them, saying they were vocational training centres.

Ozil has been praised on Twitter for speaking out, with US Secretary of State Mike Pompeo also weighing this week.

"China's Communist Party propaganda outlets can censor @MesutOzil1088 and @Arsenal's games all season long, but the truth will prevail," Pompeo wrote on Twitter, chastising China for its "gross" rights violations against Uighurs.

Turkey, which shares linguistic and ethnic ties with the Uighurs, has been outspoken on the issue but most Muslim-majority countries have been muted in the face of China's commercial and diplomatic power.

Comments
Topics mentioned in this article
Mesut Ozil Football
Get the latest updates on IPL 2020, check out the IPL Schedule for 2020 and Indian Premier League (IPL) Cricket live score . Like us on Facebook or follow us on Twitter for more sports updates. You can also download the NDTV Cricket app for Android or iOS.