Mario Balotelli showed off a new goal celebration as he took a selfie video with his teammates and posted it on Instagram during the game. 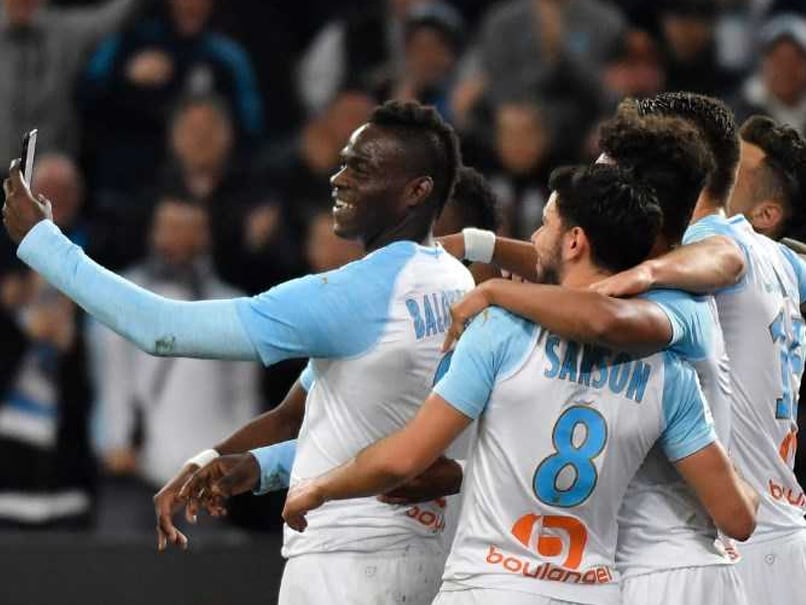 Mario Balotelli is a popular figure on Instagram, regularly posting videos and pictures on the social media platform for his 8 million-plus followers. However, the former Manchester City star did something on Sunday rarely done on a football field. Playing for Marseille in France's Ligue 1, the Italy striker scored with a brilliant overhead kick and then did the unthinkable. After the wonder goal Mario Balotelli, collected his phone from a cameraman before filming his celebrations with team-mates and uploading it on Instagram. The 28-year-old then carried on playing.

Here is the goal celebration that has gone viral:

The 28-year-old forward is not the first player to produce a selfie-based goal celebration. Roma great Francesco Totti took a picture of himself after scoring in the Serie A against Lazio in the capital-city derby in 2015.

Marseille doubled their advantage nine minutes later through a Thauvin penalty and closed out the win with ease.

"Balotelli takes the pressure, he takes the limelight. He reminds me of (Zlatan) Ibrahimovic and he scored an Ibrahimovic goal," said Saint-Etienne coach Jean-Louis Gasset.

"He has brought back the public, the confidence, and many of his teammates will raise their level of play."

Rudi Garcia's men have now taken 13 points from their last five league matches to leapfrog Saint-Etienne into fourth, just five points adrift of Lyon in the race for the third and final Champions League spot.

Italy Mario Balotelli Francesco Totti Football
Get the latest updates on IPL 2021, check out the IPL 2021 Schedule and Indian Premier League Live Score . Like us on Facebook or follow us on Twitter for more sports updates. You can also download the NDTV Cricket app for Android or iOS.