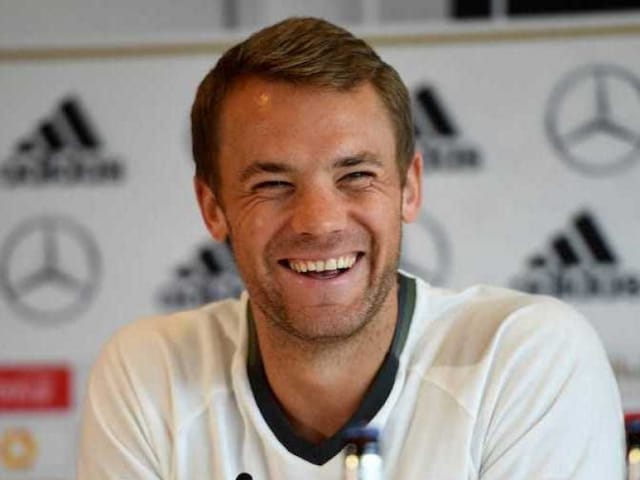 New captain Manuel Neuer said Germany has room for improvement when the world champions start their journey to the 2018 World Cup on Sunday in their opening qualifier against Norway.

Germany's path to the finals in Russia starts at Oslo's Ullevaal Stadium and they also face Czech Republic, Northern Ireland, Azerbaijan and minnows San Marino in Group C of their qualifying campaign.

But having won nine, and drawn just one, of their 10 qualifying games to qualify for the 2014 World Cup, standards dropped in their Euro 2016 qualifiers.

They suffered uncharacteristic away defeats to Poland and Ireland on the road to June's European championships in France, but still finished top of their group, and Neuer says 'die Mannschaft' can do better on the road to Russia.

"We don't know Norway that well, as we haven't played them that much in recent years, but we have analysed them and want to make sure we take the three points in Oslo," said Bayern Munich goalkeeper Neuer.

"We didn't have the best qualifying tournament for Euro 2016, so there is room for improvement.

"We are very motivated. We want to win the four games we have until November," he added, with home games against Czech Republic and Northern Ireland then San Marino away, also to come.

Having been named as Bastian Schweinsteiger's replacement as Germany's captain on Thursday, Neuer says he is honoured to permanently replace the Manchester United star and Philipp Lahm, who led Germany to the 2014 World Cup title.

"I am especially proud to be captain. Philipp Lahm did a great job, as did Bastian, and I hope I can follow in their footsteps," said Neuer, after Schweinsteiger played his final international in Wednesday's 2-0 friendly win over Finland.

Having made his international debut in 2009, in a 7-2 win against the United Arab Emirates in Dubai, Neuer has kept 25 clean-sheets in his 71 Germany appearances.

Despite being made permanent skipper, the Oslo qualifier will actually be the 15th international where Neuer has captained his country.

He was also skipper in five of Germany's six matches at June's Euro 2016 which Schweinsteiger had started on the bench after recovering from a knee injury.

Comments
Topics mentioned in this article
Germany Manuel Neuer Bastian Schweinsteiger Football
Get the latest Cricket news, check out the India cricket schedule, Cricket live score . Like us on Facebook or follow us on Twitter for more sports updates. You can also download the NDTV Cricket app for Android or iOS.