Wilfried Zaha was the last player signed from Crystal Palace by former Manchester United manager Alex Ferguson prior to his retirement, joining in January 2013. He was loaned back to Crystal Palace at the start of this season and has now made his move permanent. 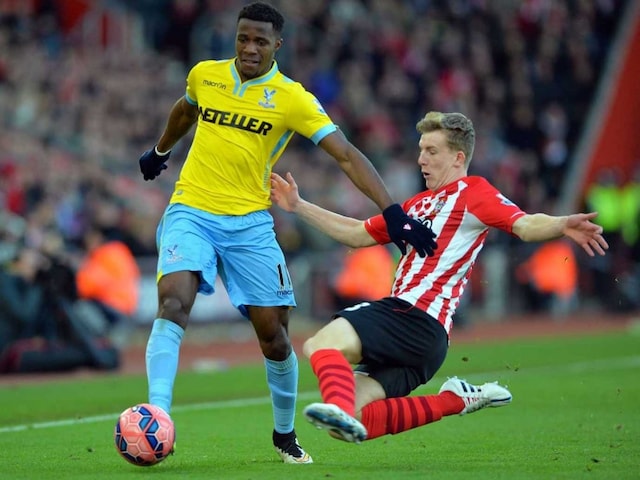 Wilfried Zaha has signed for Crystal Palace on a permanent transfer after a disappointing spell at Manchester United, the London club announced on Monday. (Fletcher ends 15-year-long Man United stay)

The 22-year-old winger, who returned to Palace on loan at the start of the season, has signed a five-and-a-half-year contract for an undisclosed fee.

"I wasn't getting much game time at Manchester United so took the opportunity of coming back on loan this season," Zaha told Palace's official website.

"To now have the chance to make the move permanent and come home to Selhurst Park is something I'm delighted about."

Zaha was the last player signed by former United manager Alex Ferguson prior to his retirement, joining in January 2013 for a fee that could have risen to £15 million ($22.5 million, 19.9 million euros).

He returned to Palace on loan for the remainder of that season and helped the club secure promotion to the Premier League via the Championship play-offs.

But the skilful Ivory Coast-born player made just four appearances for United and spent part of last season on loan at Cardiff City before returning to Palace on loan last August.

The England international has made 19 appearances for Palace this season, scoring once.

Comments
Topics mentioned in this article
Wilfried Zaha Football
Get the latest Cricket news, check out the India cricket schedule, Cricket live score . Like us on Facebook or follow us on Twitter for more sports updates. You can also download the NDTV Cricket app for Android or iOS.