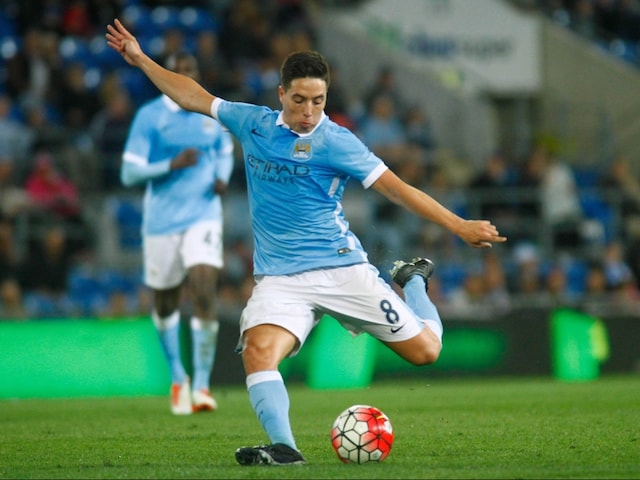 Samir Nasri has not played for Manchester City since making a substitute appearance against Bournemouth on October 17© AFP
London:

Manchester City's French midfielder Samir Nasri will be out for a further three months due to a hamstring injury, he revealed on Thursday. (Read more football stories here)

"What doesn't kill you make you stronger. I will be back better than ever see you in 3 months," Nasri wrote in an Instagram post alongside a picture of him looking pensive as he rested on a pair of crutches.

Nasri, 28, has not played for City since making a substitute appearance in their 5-1 Premier League defeat of Bournemouth on October 17.

He was thought to be closing on a return to action, but will now be out until February.

Comments
Topics mentioned in this article
Samir Nasri Football
Get the latest Cricket news, check out the India cricket schedule, Cricket live score . Like us on Facebook or follow us on Twitter for more sports updates. You can also download the NDTV Cricket app for Android or iOS.