Manchester City F.C escaped with a 2-2 draw against Paris Saint-Germain and Manuel Pellegrini has said that the team must cut down on mistakes in the return leg. 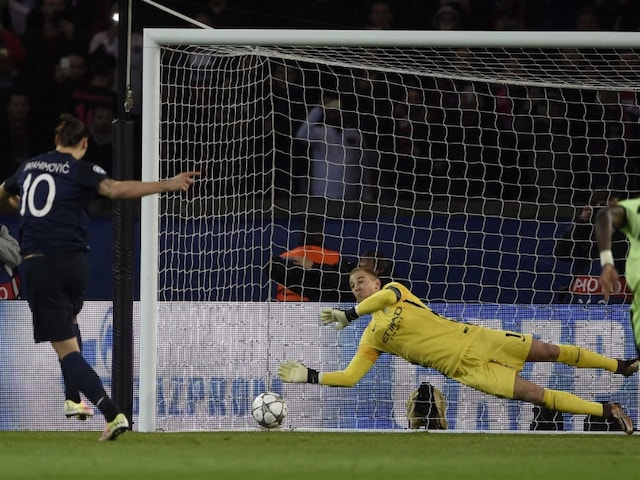 Joe Hart saved a crucial penalty for Manchester City as they escaped with a 2-2 draw against Paris Saint-Germain.© AFP

Away goals by Kevin De Bruyne and Fernandinho at the Parc des Princes mean City have the upper hand ahead of next Tuesday's return, but those strikes sandwiched a farcical goal gifted to Zlatan Ibrahimovic and an Adrien Rabiot effort for PSG.

The French champions also saw Ibrahimovic have a penalty saved by Joe Hart early on with the game still goalless, so the evening could have gone far worse for Pellegrini's men.

"In the first half we made an important mistake that we cannot continue to do if we want to stay in the competition," said Pellegrini of the awful mix-up between Hart and Fernando that allowed Ibrahimovic to score.

"The second goal of PSG was offside. It was not a mistake of the defence but of the linesman.

"But it is important also to keep that mentality because when you receive the goal that we conceded in the last minute of the first half and then you concede a goal that is offside, it is not easy to try to recover, but I think this team has the personality and they believe in what they do.

"They always try to attack and we scored the second goal."

Nevertheless, Pellegrini refused to label his side as the favourites to advance now as City eye a first ever Champions League semi-final and the Chilean also said it was "very difficult to answer now" if captain Vincent Kompany will be back in time for the second leg in six days. 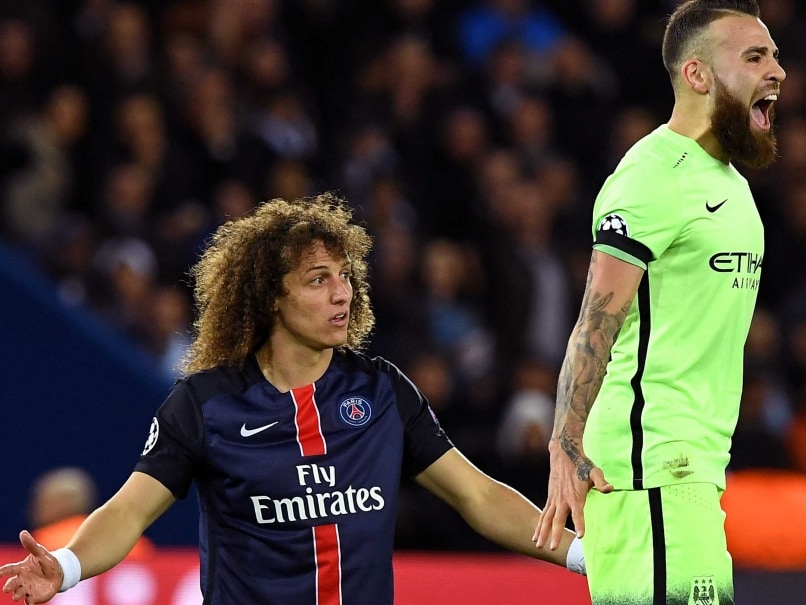 David Luiz could be suspended for the second leg after he was booked during the first leg of Paris Saint-Germain's clash against Manchester City.

However, his opposite number Laurent Blanc is left with a selection headache for the return after both David Luiz and Blaise Matuidi picked up bookings that mean they will be suspended for the second leg.

Marco Verratti and Javier Pastore will also miss the game due to the injuries that prevented them from featuring in Paris as PSG go to England having to overcome the handicap of those away goals.

"It's not the first time we have conceded goals at home but we have shown that we can score goals away from home," said Blanc, whose side eliminated Chelsea in the last 16.

"I think if we can do better defensively we can create chances and score goals in Manchester."

He added: "When you talk about the two players who will be suspended you can add that to the negatives tonight.

"We created more chances than City and we had most of the possession. They only had two chances.

"We conceded two goals and lost two players who will be suspended for the second leg. That is a lot of things to go against us."

PSG have been knocked out at the quarter-final stage in each of the last three seasons and Blanc hopes that City will leave enough spaces for his team to get the goals needed to finally make it through to the last four this time.

"I don't think our philosophy will change in Manchester. I don't think City will just sit on their lead, but it is true that we will need to be much better defensively," said Blanc, whose side must negotiate a league fixture at Guingamp this weekend, while City are at home to West Bromwich Albion in the Premier League.

Comments
Topics mentioned in this article
Joe Hart Zlatan Ibrahimovic Manchester City Paris SG Football
Get the latest updates on IPL 2020, check out the IPL Schedule for 2020 and Indian Premier League (IPL) Cricket live score . Like us on Facebook or follow us on Twitter for more sports updates. You can also download the NDTV Cricket app for Android or iOS.