The second leg of the Champions League Round of 16 match against Borussia Moenchengladbach has been moved to Budapest due to coronavirus travel restrictions. 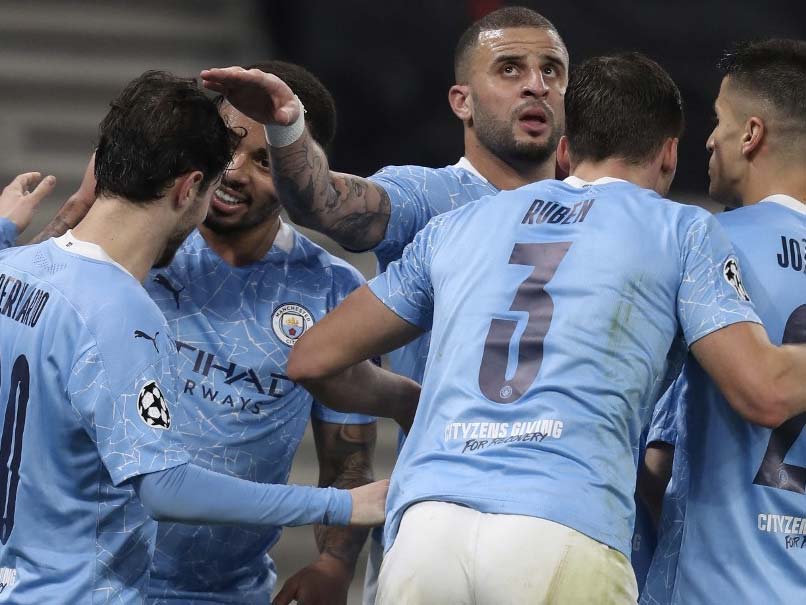 Manchester City lead 2-0 on aggregate in the Champions League last 16 against Moenchengladbach.© AFP

Manchester City's Champions League last-16 second leg against Borussia Moenchengladbach has been switched from the Etihad Stadium to Budapest due to coronavirus travel restrictions, UEFA said on Wednesday. Man City won the first leg which was also held in the Hungarian capital 2-0. European football's governing body UEFA confirmed the match "will now be played at the Puskas Arena in Budapest". The date and kick off time - March 16 at 2000 GMT - remain the same.

It is the latest fixture to be moved to a neutral venue in the Champions League and Europa League this season.

"UEFA would like to thank Manchester City and Borussia Moenchengladbach for their support and close cooperation, as well as the Hungarian Football Federation for their assistance and agreeing to stage the match," a statement from the European governing body said.

The switch was required as German Covid-19 restrictions would require Gladbach players to quarantine for 10 days on their return from England.

They dropped to 10th in the Bundesliga after their miserable run continued with a 1-0 loss to Bayer Leverkusen at the weekend.

Gladbach have now lost all fives games since it was announced head coach Marco Rose will take charge of Dortmund next season.

Aside from City and Gladbach Budapest has also hosted Liverpool's first leg against RB Leipzig with the second leg also being staged at Hungary's national stadium instead of Anfield later Wednesday.

Tottenham were in Budapest last month for their first leg of their Europa League tie against Austrian side Wolfsberger.

Manchester City Football
Get the latest updates on IPL 2021, check out the IPL 2021 Schedule and Indian Premier League Live Score . Like us on Facebook or follow us on Twitter for more sports updates. You can also download the NDTV Cricket app for Android or iOS.