Willy Caballero saved penalties from Lucas Leiva, Philippe Coutinho and substitute Adam Lallana and although Fernandinho hit the post with his spot-kick, Yaya Toure stroked home the decisive penalty to give Manchester City victory over Liverpool in the League Cup. 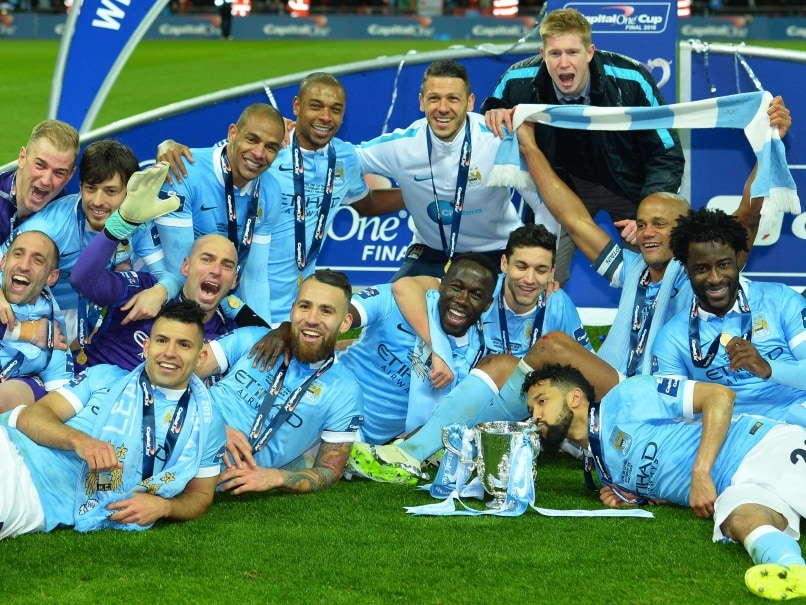 Manchester City's win over Liverpool was their second League Cup triumph in three seasons, and fourth in total.© AFP
London:

The game finished 1-1 following extra time, Philippe Coutinho equalising for Liverpool in the 83rd minute after Fernandinho had put City ahead early in the second half, and Caballero took centre-stage in the shootout. (Manchester City Defeat Dynamo Kiev)

The 34-year-old Argentine, who deputises for Joe Hart in cup competitions, saved penalties from Lucas Leiva, Coutinho and substitute Adam Lallana and although Fernandinho hit the post with his spot-kick, Yaya Toure stroked home the decisive penalty to give City victory. (Five-Star Chelsea Punish Manchester City)

On his decision to keep faith with Caballero, City manager Manuel Pellegrini said: "I'd rather lose the title than lose my word.

"A lot of media were waiting to criticise me if Willy Caballero makes a mistake. I had a lot of trust in Caballero. I am very pleased for all the players and staff, but more for him because he deserved it."

A tearful Caballero said: "It's amazing to win this cup. It is fantastic for the blue (City) people.

"It's important, emotional for me, my family, to be in this great team."

It was City's second League Cup triumph in three seasons, and fourth in total, and ensures that Pellegrini will sign off with at least one trophy before handing over the reins to Pep Guardiola.

His Liverpool counterpart Jurgen Klopp, meanwhile, met with disappointment in his first attempt to win a trophy following his appointment as the successor to Brendan Rodgers in October.

Liverpool, who lost Mamadou Sakho to a first-half head injury, have gone four years without a trophy since winning the last of their eight League Cups in 2012, raising the stakes yet further ahead of their Europa League clash with arch rivals Manchester United.

"It is unlucky, but it is one way to lose a cup final," said Klopp, whose side host City in the league on Wednesday.

Klopp elected to pick midfielder Lucas and Sakho at centre-back, but Sakho hurt himself in an early clash of heads with teammate Emre Can and looked wobbly as Sergio Aguero slipped past him to curl in a shot that Simon Mignolet brilliantly touched onto the left-hand post. 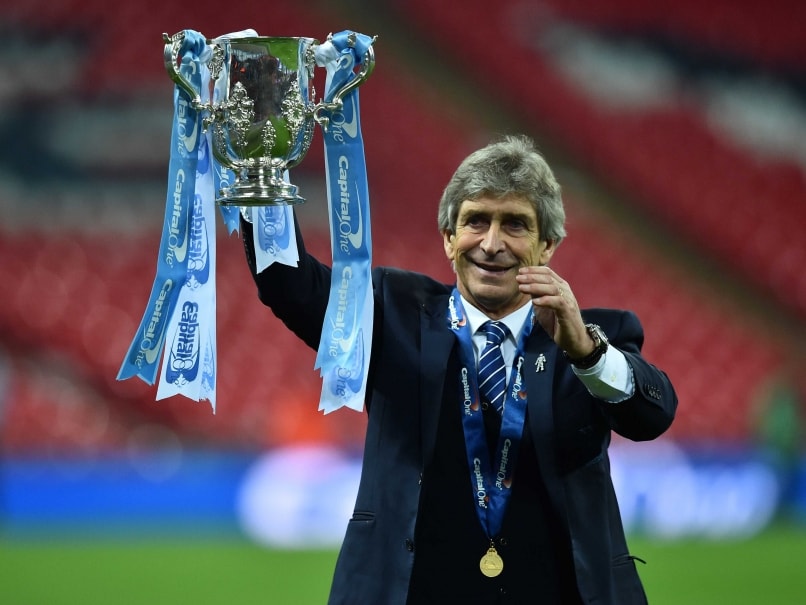 Manuel Pellegrini made sure he will sign off with at least one trophy before handing over the reins to Pep Guardiola.

The French international left the field moments later, Kolo Toure entering the fray, but had to be convinced of the need for his withdrawal by Klopp and flung a water bottle to the ground in disgust as he walked off.

Fernandinho was playing wide on the right for City, as he had in the mid-week Champions League win at Dynamo Kiev, and four minutes into the second half he provided the breakthrough.

Aguero waited for him to make an overlapping run and the Brazilian duly obliged before drilling in a shot that seemed to go straight through Mignolet.

It was the latest in a succession of blunders by the Belgium international and replays of the goal on the big screens drew groans from the Liverpool end.

He also miscued from an Aguero cut-back and they were to prove costly misses as, with seven minutes to go, Liverpool levelled.

Sturridge played a low cross into the box from the right and although Lallana contrived to hit the post from close range, Coutinho followed in to side-foot home. It was Liverpool's first shot on target.

Mignolet partly redeemed himself by saving sharply from Fernando and, in extra time, Aguero before Caballero repelled a header from substitute Divock Origi at the other end.

It was the first save he had had to make, but there were three more to come.

Comments
Topics mentioned in this article
Manchester City Liverpool Willy Caballero Raheem Sterling Philippe Coutinho Football
Get the latest updates on ICC Women's Cricket World Cup 2022 and IPL 2022, check out the Schedule , Live Score and IPL Points Table. Like us on Facebook or follow us on Twitter for more sports updates. You can also download the NDTV Cricket app for Android or iOS.