Benfica have agreed a deal to sell defender Ruben Dias to Manchester City for 68 million euros with Nicolas Otamendi moving in the opposite direction in a separate deal for 15 million euros. 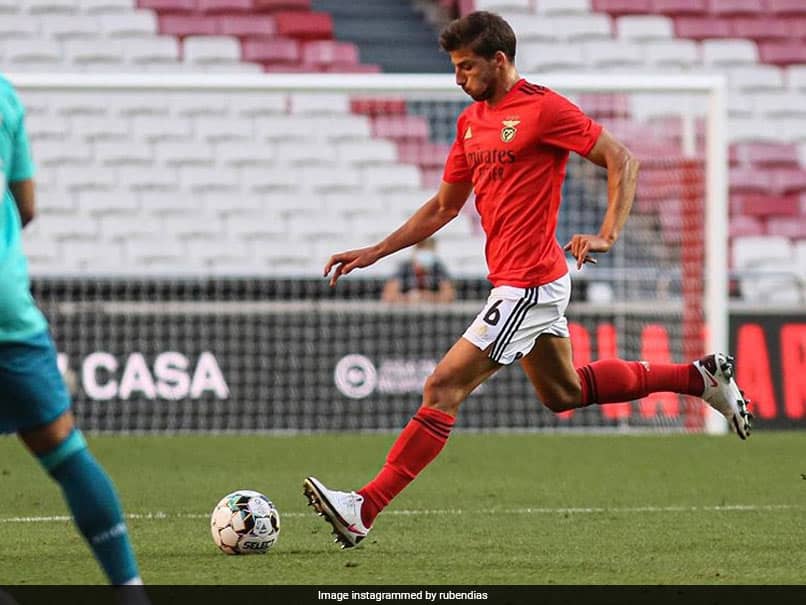 Ruben Dias, 23, is a product of Benfica's renowned academy and has been capped 19 times by Portugal.© Instagram

Benfica have agreed a deal to sell defender Ruben Dias to Manchester City for 68 million euros ($79.2m) with Nicolas Otamendi moving in the opposite direction in a separate deal for 15 million euros, the Portuguese giants have announced. In a statement late on Sunday, Benfica said that the deal for Dias would also see City pay an extra 3.6 million euros in potential bonuses.

"The agreement is dependent on the player agreeing a contract with Manchester City," the Lisbon club said.

Dias, 23, is a product of Benfica's renowned academy and has been capped 19 times by Portugal. He scored Benfica's opening goal in a 2-0 win over Moreirense at the weekend in the Portuguese league.

City boss Pep Guardiola will see him as the missing piece in his defensive jigsaw, with the need for reinforcements accentuated by Sunday's shock 5-2 home defeat by Leicester City.

Otamendi, 32, has not been used by Guardiola in either of City's Premier League games so far this season. The Argentine international has spent five years in England and has previously played in Portugal, turning out for Benfica's bitter rivals Porto between 2010 and 2014.

His move is still subject to a medical, Benfica said.

Benfica coach Jorge Jesus said at the weekend that selling Dias was necessary for the club to balance their accounts after a defeat by Greek side PAOK in the third qualifying round of the Champions League ended their hopes of reaching the group stage.

Benfica Ruben Dias Football
Get the latest updates on IPL 2020, check out the IPL Schedule for 2020 and Indian Premier League (IPL) Cricket live score . Like us on Facebook or follow us on Twitter for more sports updates. You can also download the NDTV Cricket app for Android or iOS.