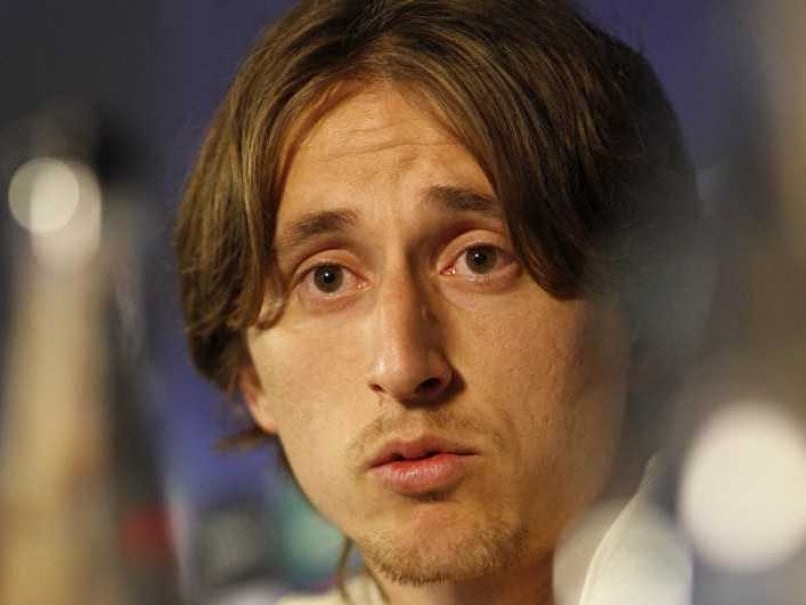 Luka Modric was questioned on the financial details of his 2008 transfer to Tottenham Hotspur in 2015.© AFP

Modric -- who is not suspected of any wrongdoing -- had already been questioned by anti-graft prosecutors (USKOK) in Zagreb in September 2015 and his testimony was considered key in the case.

At the time local media reported Modric was questioned on the financial details of his 2008 transfer to Tottenham Hotspur. From there he joined Real Madrid.

There were no details about the latest meeting with prosecutors, which took place in the Croatian capital on Monday, the Jutarnji list daily said.

Former Dinamo Zagreb boss Zdravko Mamic -- considered the most powerful man in Croatian football -- and his brother Zoran, the club's ex-coach, were charged by USKOK in April with abuse of power and bribery.

The Mamic brothers were charged along with one of the club's former directors and a tax inspector.

Most of the money -- more than 12 million euros -- was illegally acquired by the Mamic brothers, according to the indictment.

The money was allegedly embezzled through fictitious deals related to player transfers.

Zdravko Mamic repeatedly argued that the probes against him were politically motivated.

Comments
Topics mentioned in this article
Dinamo Zagreb Real Madrid Tottenham Hotspur Croatia Luka Modric Football
Get the latest updates on IPL 2021, IPL Points Table , IPL Schedule 2021 , live score . Like us on Facebook or follow us on Twitter for more sports updates. You can also download the NDTV Cricket app for Android or iOS.