Shakhtar Donetsk's Brazilian forward Luiz Adriano said that fans taunted him from the stands and were racist in their choice of words used against him. 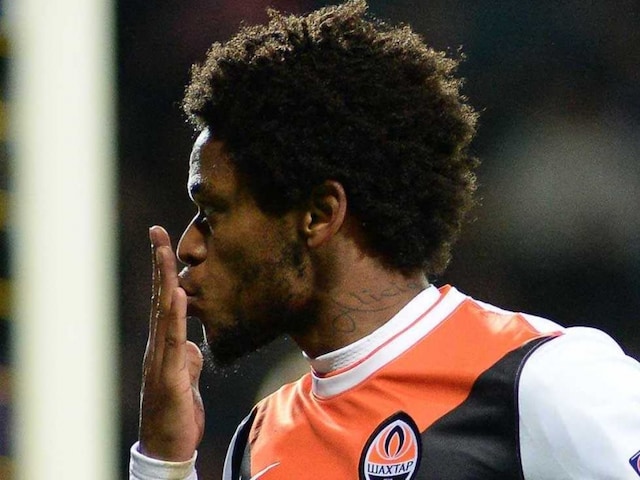 Shakhtar Donetsk's Brazilian forward Luiz Adriano was a target of racial abuse from the fans of home side BATE Borisov fans' during a Champions League match on Tuesday, Shakhtar claimed on Wednesday.

"The local fans yelled at me from the stands," the Ukrainian champions' official site quoted Adriano as saying.

"That were really impolite, racist shouts.

"The local fans behaviour was inadmissible. I'm upset and indignant at that."

Adriano netted the third quickest hat-trick in Champions League history to help his side to a record 6-0 half-time against BATE Borisov in Group H on Tuesday.

The 27-year-old opened the scoring in the 28th minute with a penalty at the Borisov Arena and required just 12 minutes to complete his hat-trick, before getting his fourth of the game four minutes later.

Luiz Adriano then added his fifth to put Shakhtar 7-0 up with a penalty in the 82nd minute.

Comments
Topics mentioned in this article
Luiz Adriano Shakhtar Donetsk Football
Get the latest Cricket news, check out the India cricket schedule, Cricket live score . Like us on Facebook or follow us on Twitter for more sports updates. You can also download the NDTV Cricket app for Android or iOS.