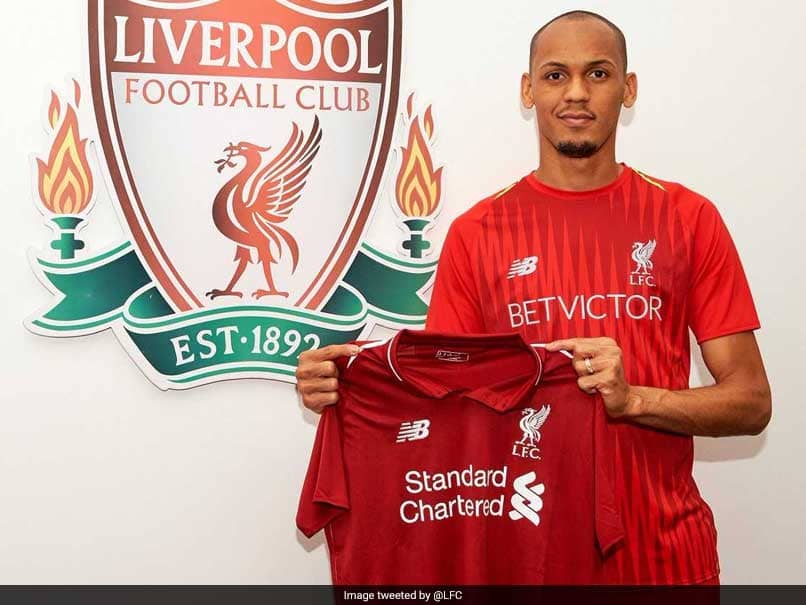 Fabinho has scored 31 goals in 233 appearances for Monaco since arriving at the club in 2013.© AFP

Monaco midfielder Fabinho will join Liverpool following the World Cup finals in Russia, the French Ligue 1 club and the Premier League giants announced Monday. Brazilian international Fabinho, 24, had agreed at the end of last year's title-winning campaign to remain one more season in the Principality. But agreement has now been reached with the Premier League club that will see Fabinho join the Reds after the finals in Russia. No financial details were given by either club, although some reports claim the deal is worth £44m ($58m US). "AS Monaco has reached agreement with Liverpool for the transfer of Fabinho to the English club on July 1," said a statement on www.asmonaco.com.

Usually deployed as a defensive midfielder, Fabinho has scored 31 goals in 233 appearances for Monaco since arriving at the club in 2013 from Real Madrid, winning the French league title in 2017.

Liverpool, looking to bolster their squad following a great season in which the Anfield giants reached the Champions League final, only to suffer a 3-1 defeat to Real Madrid, confirmed the deal on their website.

"This is something that I always wanted - this is a giant of a team. The infrastructures of the club look exceptional."

"Liverpool Football Club can confirm a deal has been agreed for the transfer of Fabinho from AS Monaco," said a statement.

"The Brazil midfielder will formally seal a switch to the Reds on July 1 after successfully completing a medical and finalising terms on a long-term contract at Melwood."

Liverpool manager Jurgen Klopp was quick to show his excitement at the signing.

"We have signed a fantastic player, but someone who is an equally fantastic person I think," the manager told Liverpoolfc.com.

"His reputation as a character in the dressing room and his attitude in training has come through from everyone we speak to.

"He is tactically very strong and football smart. I think he improves our squad and there aren't that many players you can say that about in this moment, because the quality we have already is so high.

"I like that he is young yet experienced also, with a high number of games at a club that compete to win. Also, international caps for Brazil tells you something about him.

"This signing gives us new opportunities and for that I am excited. I'm sure our supporters will make him very welcome and at home at our wonderful club and in our amazing city."

Fabinho told Liverpoolfc.com: "I am really excited about this move.

"This is something that I always wanted - this is a giant of a team. The infrastructures of the club look exceptional.

"A football club of this size coming after my services, I didn't have to think that much about coming over.

"I will try to create my own history at this football club. Hopefully, on a personal level, I'm able to win titles with this club.

"I will try to grow and learn and improve myself, and to be part of the club's history."

Fabinho, who has four caps for Brazil, becomes Liverpool's first signing of the summer transfer window.

Comments
Topics mentioned in this article
Liverpool Football English Premier League
Get the latest updates on IPL 2020, check out the IPL Schedule for 2020 and Indian Premier League (IPL) Cricket live score . Like us on Facebook or follow us on Twitter for more sports updates. You can also download the NDTV Cricket app for Android or iOS.