Liverpool Finish US Jaunt With Draw Against Sporting Lisbon

Liverpool will now head home to Merseyside before facing Napoli in Edinburgh this weekend and then depart for a training camp in Evian. 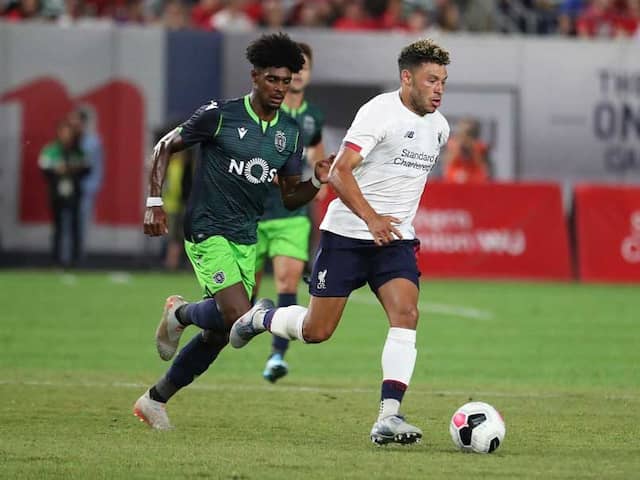 Liverpool wrapped up their US tour with a 2-2 draw Wednesday against Sporting CP as the English Premier side failed to win a game in their first trip abroad since being crowned European champs. Liverpool finished with no victories to show from their three-match stateside tour but did manage to salvage a tie against the reigning Portuguese champions at Yankee Stadium in New York. Marcus Wendel tied the game at 2-2 in the 53rd minute with a right footed shot from the centre of the box to the bottom right corner after being set up by midfield star Bruno Fernandes.

Fernandes and Wendel also combined on the first goal of the game in the fourth minute for the 18-time Portuguese champs. Fernandes right footed a seemingly harmless long shot that Liverpool goalkeeper Simon Mignolet mishandled before it went into the net.

Jurgen Klopp's side was missing several of their top players, including forwards Roberto Firmino, Mohamed Salah and Sadio Mane, who were taking a break after competing in COPA America and African Cup of Nations. Goalkeeper Alisson also decided not to make the trip.

Liverpool came into the contest wondering how they managed to drop their first two games. They lost a 2-1 decision to Spanish club Sevilla on Sunday at Boston's Fenway Park, following a 3-2 defeat to Germany's Borussia Dortmund at Notre Dame Stadium on Friday.

Sporting's Luciano Vietto had one of the best scoring chances of Wednesday's game but was stopped twice in a row from point-blank range by Mignolet just before the half.

Teen sensation Sepp van den Berg made his exhibition debut for Liverpool in the Yankee Stadium showdown, as the 17-year-old Dutch defender came on in the 89th minute. Liverpool signed the teen over the summer from Eredivisie side PEC Zwolle.

Liverpool will now head home to Merseyside before facing Napoli in Edinburgh this weekend and then depart for a training camp in Evian.

Napoli Football
Get the latest updates on IPL 2020, check out the IPL Schedule for 2020 and Indian Premier League (IPL) Cricket live score . Like us on Facebook or follow us on Twitter for more sports updates. You can also download the NDTV Cricket app for Android or iOS.