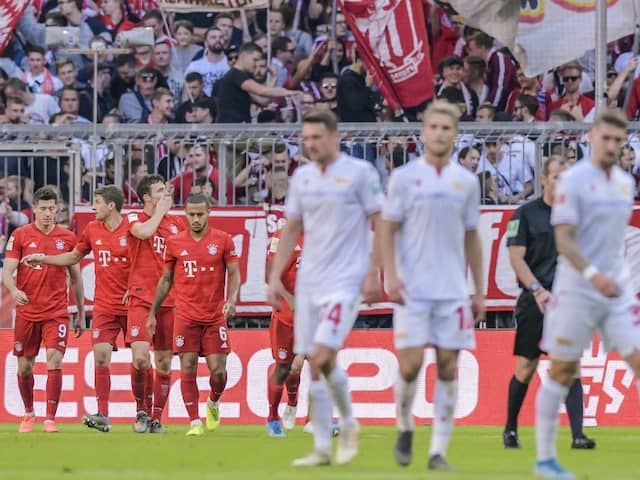 Bayern Munich restarted their Bundesliga campaign with a 2-0 win over Union Berlin at the on Sunday. The Bavarian giants are eying an eighth straight Bundesliga title after a break of two months due to the coronavirus lockdown. Robert Lewandowski scored his 26th league goal this season as leaders Bayern Munich maintained their four-point lead. Lewandowski netted a first-half penalty and defender Benjamin Pavard added a late header in Berlin. On Saturday, the Bundesliga became the first top European league to resume amid the coronavirus pandemic.