After a long wait for the biggest mega event of this year, the 2014 FIFA World Cup finally kicked off in Brazil on Thursday night with pop superstar Jennifer Lopez and rapper Pitbull entertaining the crowds in a glittering opening ceremony at Sao Paulo. Catch all the highlights from the pre-match extravaganza here. 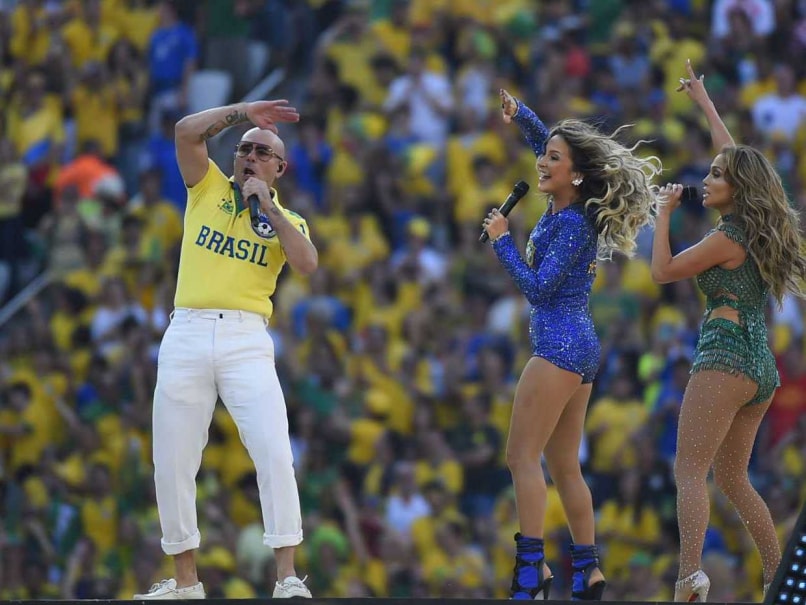 00:06 (IST): Jennifer Lopez and Pitbull make up for a great show and sing the official soundtrack of the FIFA World Cup, "We are One" together. Everybody's dancing! It's time for football and the biggest show on earth! As it all ends, we get ready for the first match between Brazil and Croatia now! Catch all the live updates here.

00:04 (IST): Some boys dressed as referees are now on the field. The giant flower at the centre of the stadium has now opened to Brazilian colours! It's breathtaking! And it's time for the official song for the 2014 FIFA World Cup! The drummers have combined and all the dancers have combined too! 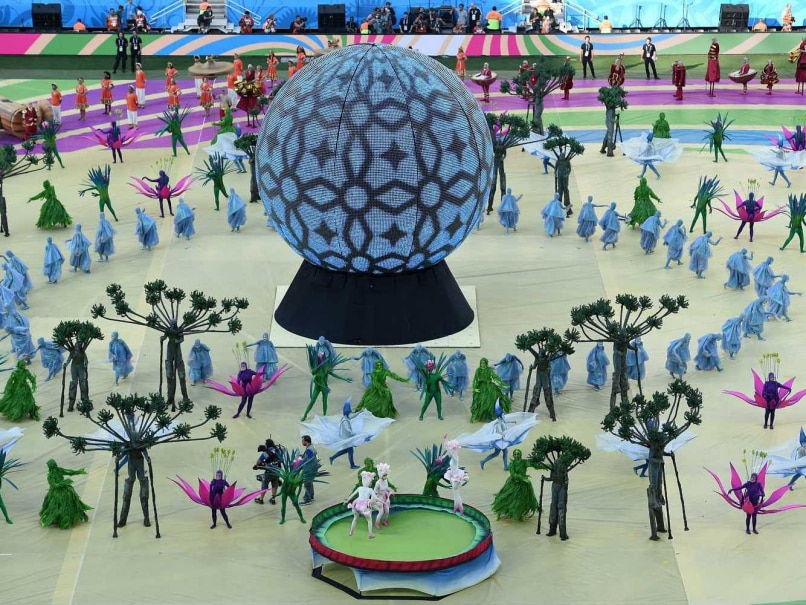 23:54 (IST): Waiting for some Samba? It is yet to arrive though on the field. The dancers make up for a great view. We now have some men and women dressed in Brazilian colours who have collaborated for a nice romantic gig. It's time for some ballet then! Men dressed in hats and women dressed in beautiful white gowns liven it up further! Not enough! We now have women in orange jumping to the beat along with cowboy-styled men!

23:51 (IST): There is a trampoline on the Sao Paulo ground and we are filled with a fresh breath of Brazilian music. Brazil is a country known for its great scenery and nature, and that is being perfectly depicted here. 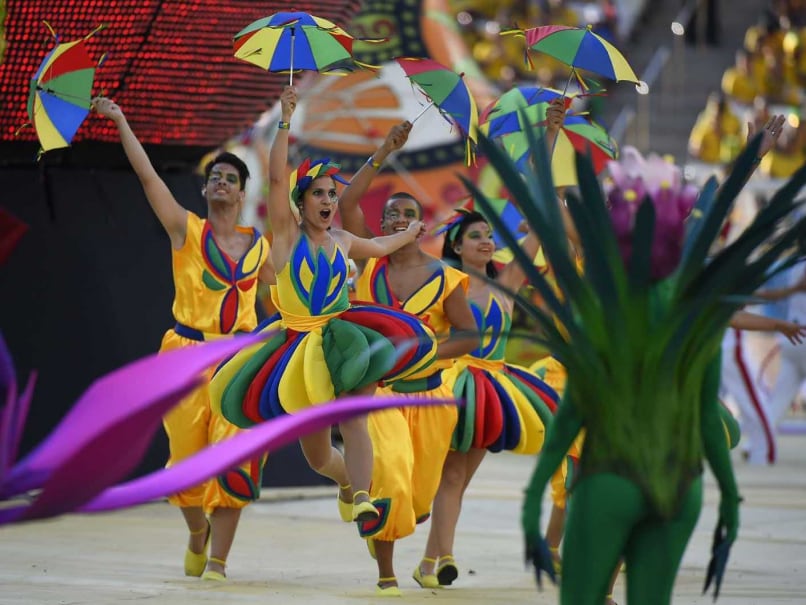 23:47 (IST): Men wrapped with a wonderful dress of leaves, women dressed in purple with lotus leaves and a wide array of characters projecting the rich Amazon heritage of Brazil enter the stadium with a zig-zag type of formation. There are about 500 dancers on the field right now. The crowd is going mad with excitement.

Greetings to my friend @Pele. All the best for the WC in your home and lets have an exciting & peaceful tournament. pic.twitter.com/L1znjT0jKn

Pop superstar Jennifer Lopez, hundreds of dancers, drummers and gymnasts, and a paraplegic who will kick a football in a robotic suit will deliver a pre-match extravaganza Thursday to open the World Cup. 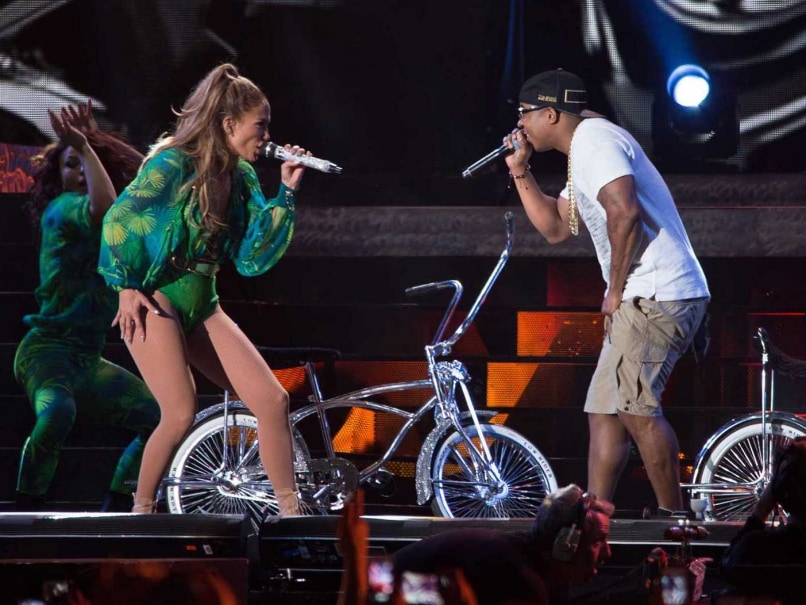 Jennifer Lopez performing in the USA during an event.

After the delays that have hampered Brazil's preparations, organizers had one overriding message for fans ahead of the 3:15 pm (1815 GMT) opening ceremony: Don't arrive late.

"Please, get there early," pleaded Brazilian singer Claudia Leitte. She will perform the official World Cup song, "We Are One," along with Lopez, rapper Pitbull and Brazilian drumming collective Olodum in the ceremony's grand finale.

There were last-minute doubts over whether Lopez, who media reports say recently broke up with backup dancer and boyfriend Casper Smart, would attend. FIFA said Sunday the singer had pulled out of the ceremony over "production issues."

But with two days to go, the world football body said she would perform after all. "We Are One" has been viewed more than 75 million times on YouTube, though some critics have panned it as a disappointing follow-up to World Cup classics like Ricky Martin's "Cup of Life" in 1998 and Shakira's "Waka Waka" in 2010.

More than 60,000 fans will be in Sao Paulo's Corinthians Arena, including 12 heads of state and UN Secretary-General Ban Ki-moon, and around one billion people are expected to watch the opening ceremony and match on TV.  The 25-minute ceremony will feature more than 600 artists, including acrobatic gymnasts, trampolinists, marshal arts-style capoeira performers and stilt walkers. (Read more)

During the opening of the FIFA 2014 World Cup in Brazil Thursday, a differently abled person wearing a brain-controlled robotic exoskeleton is expected to make the first kick of the championship.

Part of the "Walk Again Project", an international collaboration of more than 100 scientists, eight Brazilian patients who are paralysed from the waist down have been training for months to use the exoskeleton, researchers said. (Read more)

A top FIFA official on Wednesday said workers were still planting trees and flowers and attending to other "details" at Sao Paulo's Corinthians Arena, less than 24 hours before the FIFA World Cup 2014 kicks off. (Brazil Races Towards Kick-Off) 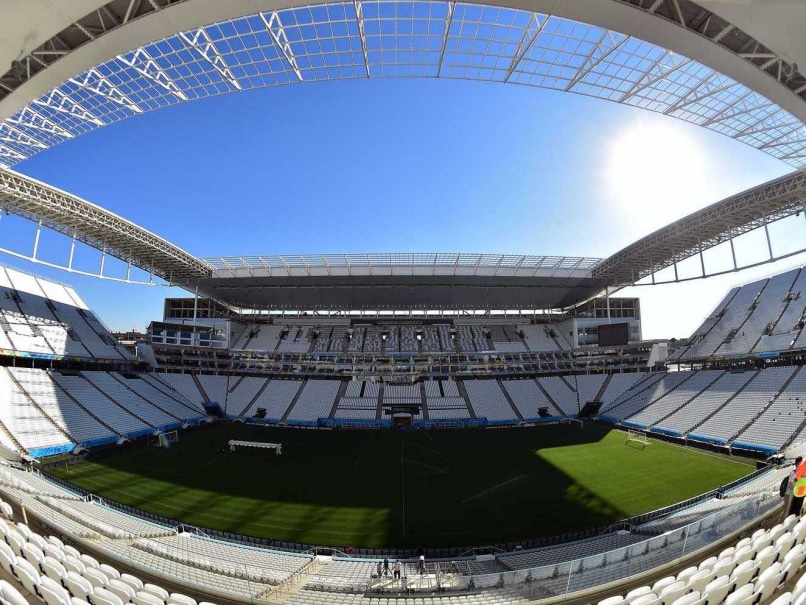 A view of the Corinthians Arena stadium which will host the opening match of FIFA World Cup 2014.

But he added that fears of a serious accident were misplaced. The concerns stem from the fact that the newly built venue has not been tested at its full capacity. (Read more)