La Liga: Real Madrid said the only purpose of this information "is to disrupt once again the daily life of our club", which kicks off its season at Alaves on Saturday evening. 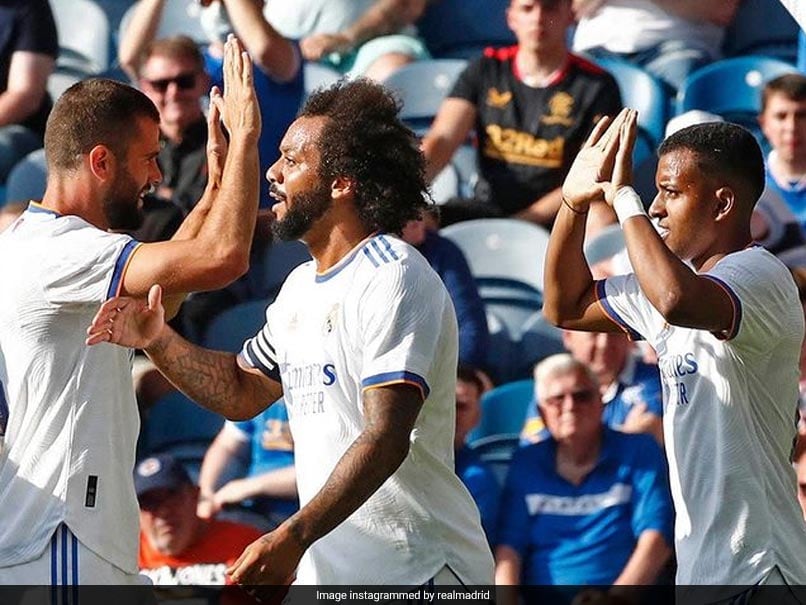 La Liga: Real Madrid denied that they studied the option of shifting to the Premier League.© Instagram

Real Madrid on Saturday denied reports in a Barcelona newspaper that the club had "studied the option" of leaving La Liga to join the English Premier League. "In view of the information published today by the newspaper Mundo Deportivo, where it is said that our club has studied the option of leaving La Liga for the Premier League, Real Madrid wishes to make it clear that this information is completely false, as well as being absurd and impossible," said a Real Madrid statement.

Real said the only purpose of this information "is to disrupt once again the daily life of our club", which kicks off its Liga season at Alaves on Saturday evening.

Mundo Deportivo claimed on its front page on Saturday that "Real Madrid studied the option of joining the Premier League", frustrated by the failure of the Super League project which its president Florentino Perez supports.

Real are also upset by an agreement by the Spanish League, led by president Javier Tebas, to sell 10 percent of its rights for 50 years to investment fund CVC.

"Real Madrid's intention has been to find out if it would be possible to abandon the Spanish league to join another big league, because the club's managers are tired of the problems and sticks that Javier Tebas continually pokes in their wheels," Mundo Deportivo wrote.

"In this scenario, the competition preferred by Florentino Perez and his close associates is the English Premier League, although they have also gathered information about the options of joining the Italian Serie A or the German Bundesliga," the Catalan daily said.

Real Madrid English Premier League Football
Get the latest updates on T20 World Cup, check out the T20 World Cup Schedule and Live Score . Like us on Facebook or follow us on Twitter for more sports updates. You can also download the NDTV Cricket app for Android or iOS.