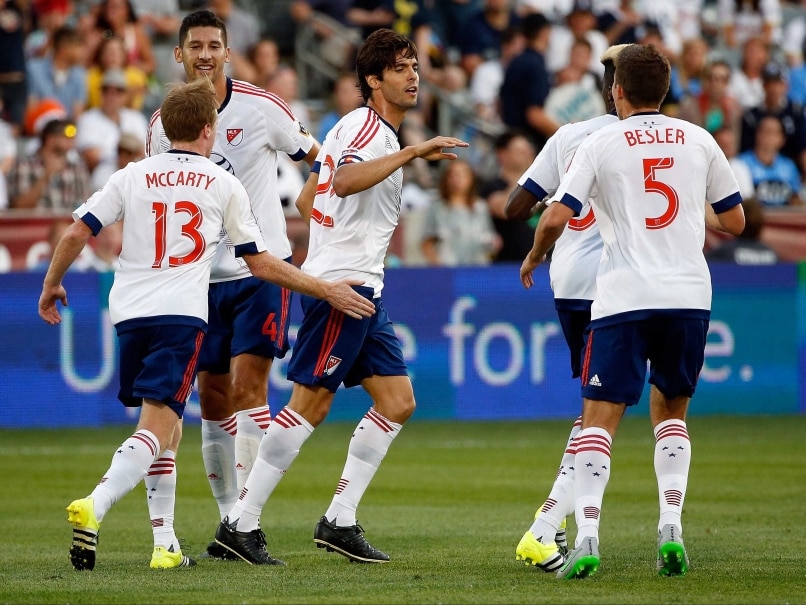 Brazilian star Kaka scored one goal and set up another as the Major League Soccer All-Stars edged Tottenham 2-1 Wednesday in an international friendly featuring the North American league's elite talents.

The MLS team improved to 5-3 in All-Star Games against English Premier League teams. Since the MLS squad began facing European clubs at the All-Star Game in 2005, the North Americans are 7-4, including a 2-1 win over Bayern Munich last year. (PSG Beat Man United to Lift International Champions Cup)

"We played an amazing game," Kaka said. "Everyone will see in the news that the MLS team beat a very important team."

Former FIFA world footballer of the year Kaka, who plays for Orlando, opened the scoring from the spot in the 20th minute, converting after Nacer Chadli was whistled for handball.

Kaka was named the All-Star Game's Most Valuable Player, an award he called "much more than I expected."

"I'm so happy for this night," Kaka added. "Not bad for my first All-Star Game."

Tottenham striker Harry Kane, denied twice from close range by MLS goalkeeper Nick Rimando, pulled one back for Spurs with a superb strike in the 37th minute, a day after his 22nd birthday.

Kane, who scored 31 goals in 57 matches for Tottenham last season, advanced on goal after collecting the ball when MLS defender Matt Besler fell.

The England striker then blasted a shot from the edge of the penalty area past the Real Salt Lake goalkeeper to trim the MLS edge to 2-1 at half-time.

An all-new set of MLS stars took the field in the second half while Spurs swapped generously as well, including introducing American defender DeAndre Yedlin in the 64th minute for a home-soil appearance.

Danny Rose sent a threatening cross from the left corner to the heart of the penalty area for Yedlin in the 86th minute but MLS goalkeeper David Ousted grabbed the ball to deny the late chance at an equalizer.

"It's good whenever you beat these big clubs," said Real Salt Lake goalkeeper Rimando. "It shows our league is growing and our players are getting better. We have the talent to win these big games."

Comments
Topics mentioned in this article
Kaka David Villa Tottenham Hotspur Football
Get the latest updates on IPL 2021, IPL Points Table , IPL Schedule 2021 , live score . Like us on Facebook or follow us on Twitter for more sports updates. You can also download the NDTV Cricket app for Android or iOS.