"Not A World I Want My Children To See": Blaise Matuidi Blasts Racism Scourge 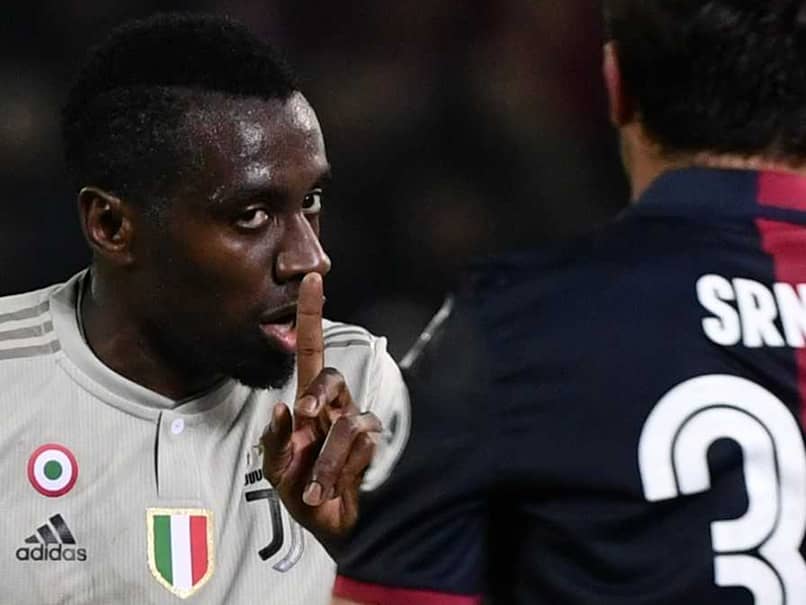 Blaise Matuidi echoed the disillusionment of other black footballers when he said on Sunday that the events of the week suggested "this is not a world I want my children to see." Matuidi was one of the three Juventus players abused with monkey noises during a victory at Cagliari during the week. Teenage team-mate Moise Kean attracted the headlines for facing the home fans as he celebrated the winning goal, but it was the second straight year that Matuidi has suffered such abuse in Cagliari. Alex Sandro was also a target.

"It's sad," the World Cup winner told Canal+ in France. "It happened to me last year in this stadium and we cannot tolerate it."

"You can tell me: 'maybe it's not racist, they just want to unsettle you'," Matuidi said. "No. These are things you do not say and must be punished."

The events in Cagliari brought a damning reaction.

Italy coach Roberto Mancini called for tough measures in Serie A after the "unacceptable" abuse in Cagliari.

"We can no longer accept this, we need to act and hard. Racist behaviour must be stigmatised."

On Friday, Danny Rose, of England and Tottenham Hotspur, said the way football fights racism is "a farce".

"I have had enough," Rose said. "I just can't wait to see the back of it, seeing how things are done in the game at the minute."

Others, like Yaya Toure and Raheem Sterling reacted to suggestions, from Cagliari officials and also even Juventus defender Leonardo Bonnucci and manager Massimiliano Allegri that Kean was to blame for not turning the other cheek and when he celebrated in front of home fans.

"I was shocked when I saw that happen and then the manager saying Kean shouldn't have done that," said former Ivory Coast captain Toure.

England's Sterling tweeted: "All you can do now is laugh."

Kean defended his actions as "the best way to respond to racism".

"I could not calm down. I did not want to ignore it. You have to fight it," he said. "We can't allow this anymore. We must have the courage (to end it)."

"These are stupid people," he said. "They should never be allowed to come to the stadium again."

Matuidi said he had spoken to the referee about halting the match.

"I thought he made the wrong decision. But when I spoke to him he did not understand."

Blaise Matuidi Football
Get the latest updates on India vs Australia Series, check out the India vs Australia Schedule for 2020-21 and Ind vs Aus live score . Like us on Facebook or follow us on Twitter for more sports updates. You can also download the NDTV Cricket app for Android or iOS.