Juventus secured a dramatic draw against Bayern Munich in the Champions League clash thanks to a late goal from Stefano Sturaro. 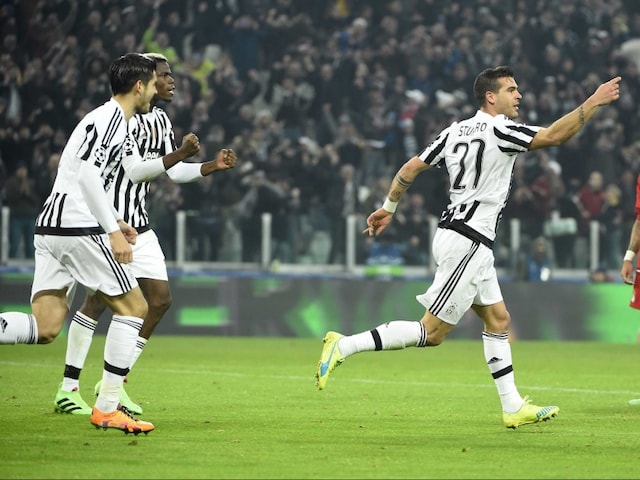 Bayern dominated throughout a one-sided encounter at a packed Juventus Stadium and took a 43rd-minute lead through Thomas Mueller.

Arjen Robben doubled the Germans' advantage on 55 minutes but the 2013 champions paid for a series of earlier misses when Paulo Dybala netted on the hour and Sturaro hit a dramatic leveller 14 minutes from time.

It leaves the tie still very much alive, although on this performance Pep Guardiola's men will be favourites to secure their last-eight place after the second leg in three weeks' time.

Guardiola, however, is taking nothing for granted.

"Juventus made it to last year's final, not us. We're not dealing with a team from the provinces," said the Spaniard, who admitted he was highly impressed with Bayern's display.

Guardiola, who will take over at Manchester City in the summer, added: "I'm really happy with how we played. It's one of the matches from my career that I want to remember the most."

Juventus coach Massimiliano Allegri could not say the same, admitting his side had been error-strewn in the opening half.

"In the first half they pushed us hard in our own half and we just couldn't settle. We started making a lot of mistakes with our passes and didn't use the space well, but let's not forget we were playing Bayern," said the Italian, who steered Juve to last year's final, where they lost 3-1 to Barcelona.

"After the interval we played a lot better. We might have even snatched the win at the end, but we will need to make sure there's no repeat of our first half when we go to Munich."

Injuries to Jerome Boateng and Holger Badstuber forced Guardiola into naming a makeshift defence with Joshua Kimmich and David Alaba filling in at centre-back.

But Bayern travelled to Turin as the only foreign team to have beaten Juve at home in the past decade, and it was quickly apparent the lack of a solid centre-half pairing would not be felt.

Juve's fans watched with silent awe as Bayern squatted in the home side's half, kept possession and limited any Juve forays past the centre circle.

On their way to being denied a penalty when the ball came off Arturo Vidal's arm from Paul Pogba, the chances from there on were few and far between for the Serie A leaders.

Former Juve midfielder Vidal threatened with a crisp volley from the edge of the area that forced Gianluigi Buffon into a two-handed punch. 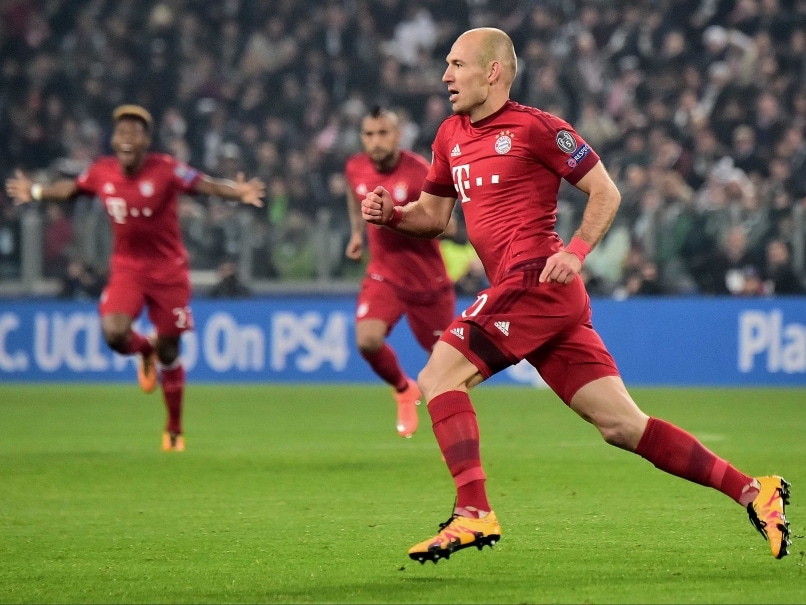 Arjen Robben and Thomas Mueller were the goal scorers for Bayern Munich in their epic clash against Juventus.

Then on 14 minutes Mueller should have broken the deadlock only to miss a virtually empty net after Robert Lewandowski's pass from deep inside the six-yard box left Buffon scrambling.

Douglas Costa's good work and persistence down the left flank finally paid off three minutes before half-time when he volleyed a ball into the box that Juve's backline failed to clear.

It fell to Mueller, who this time made no mistake from 12 yards out, rolling the ball past a desperate Buffon.

Bayern looked to be home and dry when Robben struck on the counter after a trademark cut inside from the right before curling home left-footed.

But on 63 minutes Dybala ran down the right side unhindered to beat a splayed Neuer at his near post.

The stadium erupted and Juve immediately began to play with purpose. Mandzukic did well to help win back possession on the left before running upfield and finding Juan Cuadrado, but Manuel Neuer palmed the Colombian's drive over.

A Mandzukic cross found the head of Alvaro Morata and as Bayern tried to clear their lines, Sturaro burst in to ping the ball off the underside of the crossbar and into the net.

"It's the highlight of my short career so far," said Sturaro, 22.

Comments
Topics mentioned in this article
Arjen Robben Stefano Sturaro Juventus Bayern Munchen Football
Get the latest Cricket news, check out the India cricket schedule, Cricket live score . Like us on Facebook or follow us on Twitter for more sports updates. You can also download the NDTV Cricket app for Android or iOS.