Manchester United have lost just one of their last 15 games and could return to the top of the English Premier League table if they beat West Ham United at Old Trafford and other results go their way. 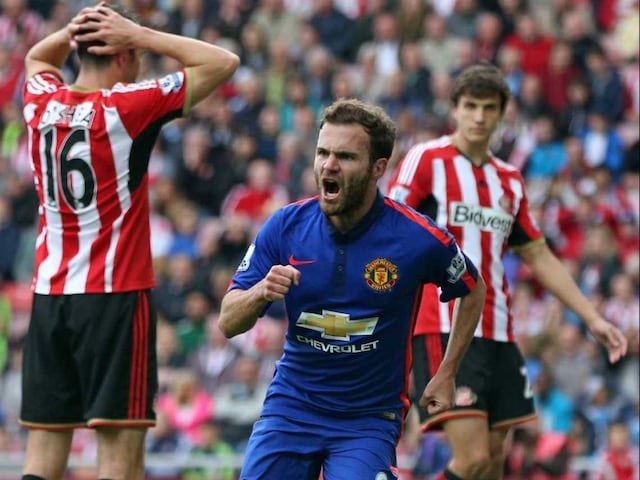 Juan Mata has had a much improved season for Manchester United, scoring 4 goals and providing 3 assists in 14 games played.© AFP
Manchester:

Louis van Gaal's side has lost just one of their last 15 games and could return to the top of the table if they beat the Hammers at Old Trafford and other results go their way. (Louis van Gaal Worried by Manchester United's Attacking Woes After Goalless Draw)

Yet the perception remains that all is not entirely well at United, with their recent run containing too few victories, while attacking play has been in short supply.

Van Gaal's methods have been called into question by pundits, supporters and, if various media reports are accurate, some players.

The United manager remains a firm believer in his footballing 'philosophy' and the defensive improvements made by the Dutchman have given his club the meanest defence in the league with just 10 goals conceded.

Only one of those has come at Old Trafford and United will be expected to extend their unbeaten home run against a faltering West Ham team.

But Spanish midfielder Mata knows van Gaal's men need to capitalise on a promising run of league fixtures before Christmas, which also include games against strugglers Bournemouth and Norwich City, and get out of the habit of drawing games following six draws in their last nine games.

"The last two draws haven't been good for us," Mata said.

"We don't like draws and we want to go back to the victories. They (West Ham) have a very good manager and some of their players are very talented, but our aim is to get the three points."

Comments
Topics mentioned in this article
Manchester United West Ham United Juan Mata Football
Get the latest Cricket news, check out the India cricket schedule, Cricket live score . Like us on Facebook or follow us on Twitter for more sports updates. You can also download the NDTV Cricket app for Android or iOS.