Jose Mourinho's side were holding onto a slender lead given to them by Anthony Martial when Lingard took possession with nine minutes left at Goodison Park. 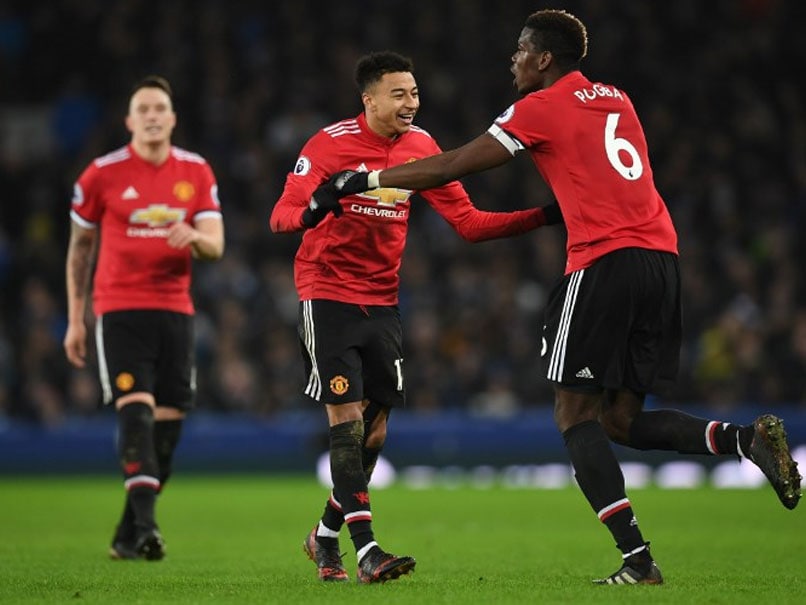 Jose Mourinho saluted Jesse Lingard's impressive progress after the Manchester Unitedwinger's wonder-strike sealed a 2-0 win at Everton on Monday. Mourinho's side were holding onto a slender lead given to them by Anthony Martial when Lingard took possession with nine minutes left at Goodison Park. Seconds later the points were in the bag as the 25-year-old weaved through the Everton defence and curled a fine finish into the top corner.

It was Lingard's 10th goal of the season and his fourth in his last five appearances.

After spending much of his United career struggling to hold down a place, Lingard has thrived under Mourinho, who was full of praise for his development.

"Some players are not capable of that jump. They go from great potential to normal players. Lingard is giving that jump.

"He is more consistent, he is adaptable, he understands better the game, he is going in a good direction."

Lingard's contribution wrapped up United's first win in four games after a run of draws had left them lagging behind Premier League leaders Manchester City.

United are still 12 points adrift of their Manchester rivals, but Mourinho, who has criticised his stars recently, took heart from the way his players battled to subdue Everton.

"Our pride, our effort, everything was top class and on top of it we played very well," he said.

"It wasn't a performance of tired boys, with the worst possible calendar that you gave us."

Mourinho has called for substantial backing from United's owners as he plots several signings in a bid to catch City.

Asked if he would be bringing in new faces in the January transfer window, Mourinho added: "I don't know about transfers.

"In this moment we are in trouble, in two to three weeks time maybe we recover and we breathe in a different way.

"Can we improve now or do we wait util the summer? I cannot say."

Comments
Topics mentioned in this article
Manchester United Everton Jesse Lingard Anthony Martial Football
Get the latest updates on ICC T20 Worldcup 2022 and CWG 2022 check out the Schedule, Live Score and Medals Tally. Like us on Facebook or follow us on Twitter for more sports updates. You can also download the NDTV Cricket app for Android or iOS.