Joachim Loew To Stay On As Germany Manager For Euros

The German football federation on Monday announced that Joachim Loew will continue as the national team's manager. 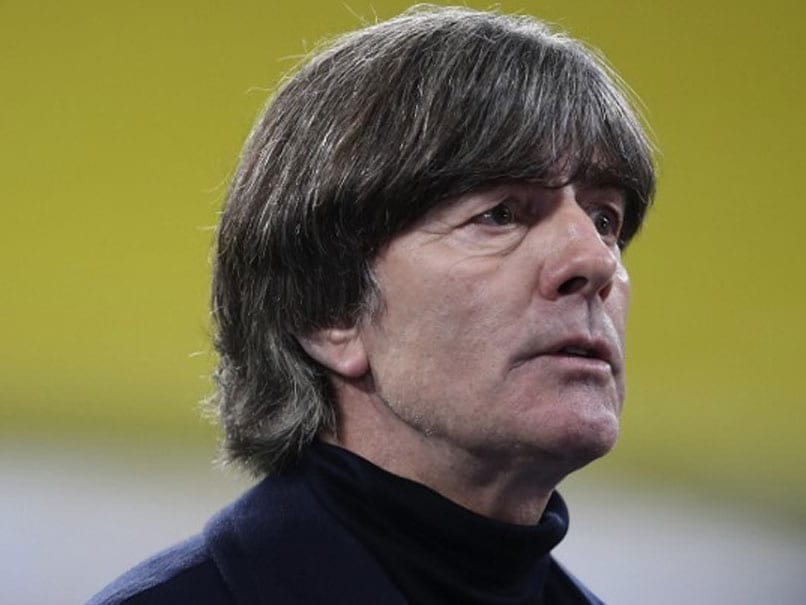 Joachim Loew has been Germany's manager since the 2006 World Cup.© AFP

Joachim Loew will remain in charge of Germany for next year's delayed European Championship despite a series of poor recent results, the German football federation (DFB) announced Monday. "The presidential committee of the DFB decided unanimously this Monday during a teleconference, to continue with coach Joachim Loew on the difficult path of renewal started in March 2019," it said in a statement. Loew, 60, has been in charge of the Germany team since taking over from Jurgen Klinsmann following the 2006 World Cup and led the nation to a fourth world title, and first since reunification, in Brazil in 2014.

However, Germany are in crisis following a 6-0 defeat to Spain on November 17 and recent draws with Switzerland, twice, and Turkey.

The recent hammering by Spain, Germany's heaviest loss in 89 years, capped a poor three-year spell, which included an embarrassing group-stage exit at the 2018 World Cup in Russia after which the DFB gave Loew their backing.

Loew has made some controversial decisions since the debacle in Russia, none more so than the one to end the international careers of World Cup winners Thomas Mueller, Jerome Boateng and Mats Hummels.

Germany Football
Get the latest updates on ICC T20 Worldcup 2022, check out the Schedule and Live Score. Like us on Facebook or follow us on Twitter for more sports updates. You can also download the NDTV Cricket app for Android or iOS.