Ivan Rakitic, who made the move to the Nou Camp from Sevilla in 2014, has signed up for his old club again. 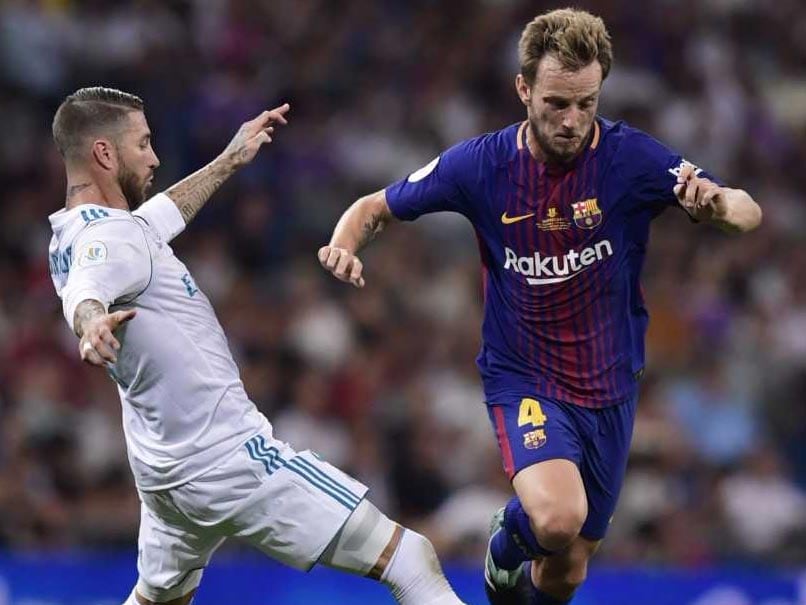 Ivan Rakitic's contract with Barcelona was going to run out next year.© AFP

Barcelona said on Tuesday they had agreed to sell Croatia midfielder Ivan Rakitic back to Sevilla. Under the deal the southern side will pay the Catalan outfit 1.5 million euros ($1.8 million) plus nine million euros in variables for the 32-year-old, Barca said in a statement. "FC Barcelona publicly express their gratitude to Rakitic for his commitment and dedication and wish him good luck and success in the future," the statement added. Rakitic, who had a year left on his contract at the Camp Nou, spent three seasons with Sevilla and won the Europa League in the 2013/14 season right before he made his big switch in 2014.

He was one of several Barcelona players who were reportedly told they were not part of new manager Ronald Koeman's plans.

On Monday, Lionel Messi boycotted Barca's first pre-season training session as the striker upped the stakes in his battle to leave this summer.

It appears increasingly likely Messi will try to force a transfer by refusing to play in La Liga next season, which begins on September 12.

Sevilla Football
Get the latest updates on T20 World Cup, check out the T20 World Cup Schedule and Live Score . Like us on Facebook or follow us on Twitter for more sports updates. You can also download the NDTV Cricket app for Android or iOS.