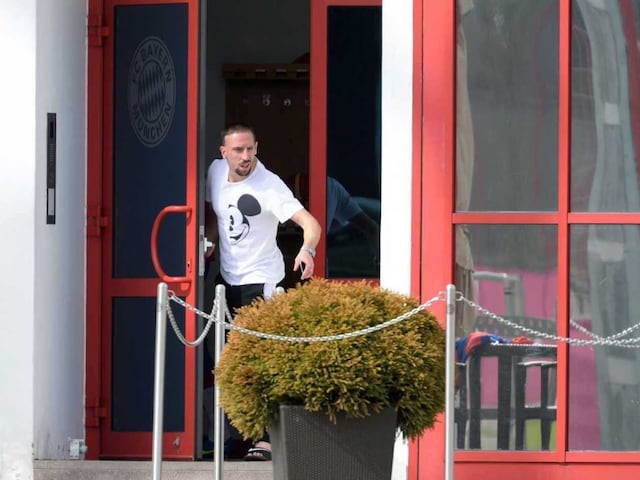 Injury-hit Bayern Munich head to resurgent Borussia Dortmund on Saturday shorn of their top stars and with the hosts out to prove there is still life in Germany's 'Der Klassiker'.

The Bundesliga has been won twice each by Dortmund and Bayern over the last four years and the media here has dubbed their meetings 'Der Klassiker' -- Germany's answer to Spain's 'El Clasico' between Barcelona and Real Madrid.

But a glance at the Bundesliga table highlights Dortmund's dramatic fall from grace this season with Jurgen Klopp's side currently tenth having started February bottom of the table after a disastrous run of results.

In contrast, Bayern are ten points clear in the league table and heading towards a third straight league title.

Defender Holger Badstuber is struggling with a hip injury, but veteran striker Claudio Pizarro is set to return from a leg injury.

Bayern lost for the third time this season last time out going down 2-0 in Munich to Borussia Moenchengladbach, a fortnight ago.

There is, however, no talk of an upset from the Dortmund camp.

"At the moment it's certainly not a top-of-the-table clash when you look at the table," admitted Dortmund's director of sport Michael Zorc.

"But it will still grab the attention of millions of fans across Germany."

With Germany winger Marco Reus in superb form for both club and country alongside top-scorer Pierre-Emerick Aubameyang, Dortmund have the attack to cause Bayern problems.

"We have generally never given up on a home game in advance," said Klopp, who will be without Germany squad members Kevin Grosskreutz and Erik Durm.

"I would suggest we don't talk much and instead try to put in a good performance.

"We're not at the same level as Bayern and, unless I am mistaken, we never have been, but we have never considered ourselves to have no chance and that also goes for now."

With five wins and two draws in their last seven league games, Dortmund have pulled away from the Bundesliga's relegation zone.

They are free to focus on their domestic form following their Champions League exit to Juventus in the last 16.

Even missing Ribery, Alaba and Robben, Klopp expects Bayern to be dangerous.

"We still have to reckon with some top quality from Bayern, those boys can all play football," he said.

"But the fact is, Bayern will have to make a few changes without their three fastest players, which is what we have to be concerned about.

"You have to prepare yourself for how the opposition will line-up against you."

Without Robben, Bayern's top scorer this season with 17 goals in 21 games, Guardiola will be missing some pace on the flanks, especially on the left without wing-back Alaba and winger Ribery.

"They are really important for us. We mustn't complain, we need to look forward.

"We've got a big squad and have to compensate for losses like this."

Fixtures (all times 1330 GMT unless stated)

Comments
Topics mentioned in this article
Bayern Munchen Borussia Dortmund Franck Ribery Arjen Robben Football
Get the latest Cricket news, check out the India cricket schedule, Cricket live score . Like us on Facebook or follow us on Twitter for more sports updates. You can also download the NDTV Cricket app for Android or iOS.