Having drawn to Nepal previously, India will be aiming to bag a win in their second international friendly on Sunday. 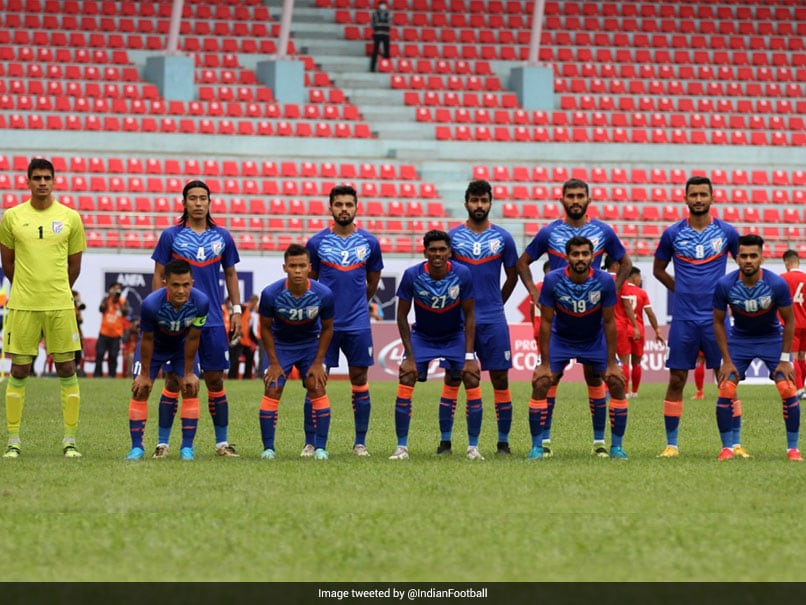 India will be aiming to register a win against Nepal in their second international friendly.© Twitter

Held by a lowly Nepal in their last match, the Indian men's football team would settle for nothing less than a victory in the second international friendly against the Himalayan nation on Sunday. Worse, the Indian football team is not at all happy with the training facilities provided by the host country. At 105, India are ranked much above the 171st placed Nepal in the FIFA rankings, but still then the Sunil Chhetri-led side produced a below-par show in the first match to be held to a 1-1 draw on Thursday.

In the last match, substitute Anirudh Thapa came in as saviour for the visitors as found the equaliser in the 60th minute after Nepal grabbed the lead through Anjan Bista in the 36th minute. But come tomorrow, India will have to raise their game by leaps and bounds to outwit a determined Nepal, who will be brimming with confidence following the last match result.

The friendlies are being organised as part of preparations for next month's SAFF Championships in Maldives.

The five-team SAFF Championships will be held from October 3 to October 13 at the National Stadium in Male.

Besides India, the other participating teams are Bangladesh, Sri Lanka, hosts Maldives and Nepal.

a better show from his wards on Sunday.

"The mood is positive and our boys are aware that they can do much better. Of course, we are still short with the energy level because we are just at the end of the second week of preparation, and the legs are still heavy. But, they are looking forward to putting in a better performance," he said.

"We are going to change a few things, and see if that can help us in terms of passing with more confidence, and getting forward easier."

India custodian Gurpreet Singh Sandhu too feels that the team needs to raise its bar on Sunday to come out on the positive side of the result.

Thapa, who suffered an injury scare in his ankle in the last match, is fit to play on Sunday.

"I am fine now," assured Thapa.

"I have been working on my short sprints, especially my start. That allowed me to connect the ball ahead of my marker, and even goalkeeper Kiran-bhai (Kiran Limbu)," he explains.

"We were much better in the second half in the first match and wished the match could have continued for some more time for us to find the winner," Thapa concluded.