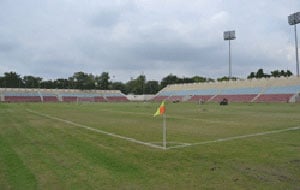 I-League's new entrant, JSW Sports will be launching its new football club at the Bangalore Football Stadium on Saturday evening.

Making their I-League debut this season, the club has roped in former Manchester United youth player Ashley Westwood as coach of the club apart from signing India striker Robin Singh.

Present at the launch would be JSW chairman and managing director Sajjan Jindal, AIFF president Praful Patel and members from the Karnataka State Football Association. The team would be unveiled at the launch.

Midfielder Kutty, 26, brings in a fair bit of experience having spent five seasons with Mumbai FC and one at Pune FC.

The other midfielder who has been signed was Don Bosco who started out at Bangalore SAI before spending three years at Goa's SESA Academy.

Defender Vishal has represented India at the Under 16,17,19,21 and 23 levels apart from being part of the Olympic qualifier and SAFF Cup squads. He started out with HAL before spending two seasons at Pailan Arrows.

Comments
Topics mentioned in this article
Football Ashley Westwood
Get the latest updates on Fifa Worldcup 2022 and check out  Fifa World Cup Schedule, Stats and Live Cricket Score. Like us on Facebook or follow us on Twitter for more sports updates. You can also download the NDTV Cricket app for Android or iOS.