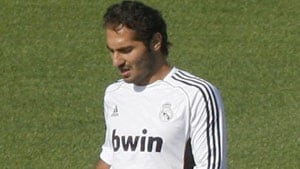 "We have reached an agreement for four seasons with Real Madrid player Hamit Altintop, starting from 2012-2013 season," the Istanbul side said on their website.

Galatasaray will pay the Spanish powerhouse 3.5 million euros ($4.3 million) for Altintop, who will receive an annual fee of 2.9 million euros for the first two years, plus 20,000 euros per game, according to Anatolia news agency.

The midfielder had announced late May that he had agreed to join Galatasaray's "lions", and the final deal was struck after the two teams agreed on the transfer fee last week.

Born in Germany, Altintop played for Schalke 04 and Bayern Munich before joining Madrid under freedom of contract last summer.

He signed a four-year deal in the Spanish capital, but hardly featured as Jose Mourinho's side won La Liga and reached the semi-finals of the Champions League.

Comments
Topics mentioned in this article
Football Andreas Ottl Real Madrid Galatasaray Hamit Altintop
Get the latest updates on IPL Auction 2023 and check out  IPL 2023 and Live Cricket Score. Like us on Facebook or follow us on Twitter for more sports updates. You can also download the NDTV Cricket app for Android or iOS.