Hamburg without Mathijsen for Bayern clash

Bundesliga side Hamburg will be without injured Dutch defender Joris Mathijsen for Saturday's clash at defending champions Bayern Munich. 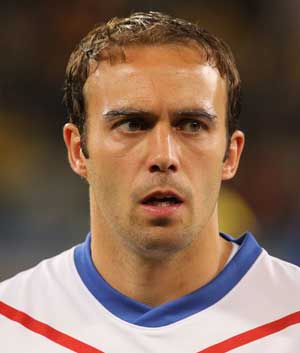 Bundesliga side Hamburg will be without injured Dutch defender Joris Mathijsen for Saturday's clash at defending champions Bayern Munich.

The 30-year-old has a knee injury, which he first picked up playing for Holland last November, and having played five games since January's winter break in pain, he is taking a break to let the joint heal properly.

Germany defender Heiko Westermann will captain the team, which is coming to terms with the news coach Armin Veh will leave at the end of the season after just 10 months in charge, citing internal problems for his departure.

Likewise, Bayern are also in a state of turmoil after coach Louis van Gaal was informed on Monday that his contract will be terminated, a year early, at the end of the season.

The Bavarian giants have lost their last three games and are fifth in the table, while Hamburg are seventh and have won just two of their last six matches.

Comments
Topics mentioned in this article
Football Manchester City Middlesbrough Joris Mathijsen Shinji Okazaki Borussia Dortmund Bayern Munchen
Get the latest Cricket news, check out the India cricket schedule, Cricket live score . Like us on Facebook or follow us on Twitter for more sports updates. You can also download the NDTV Cricket app for Android or iOS.