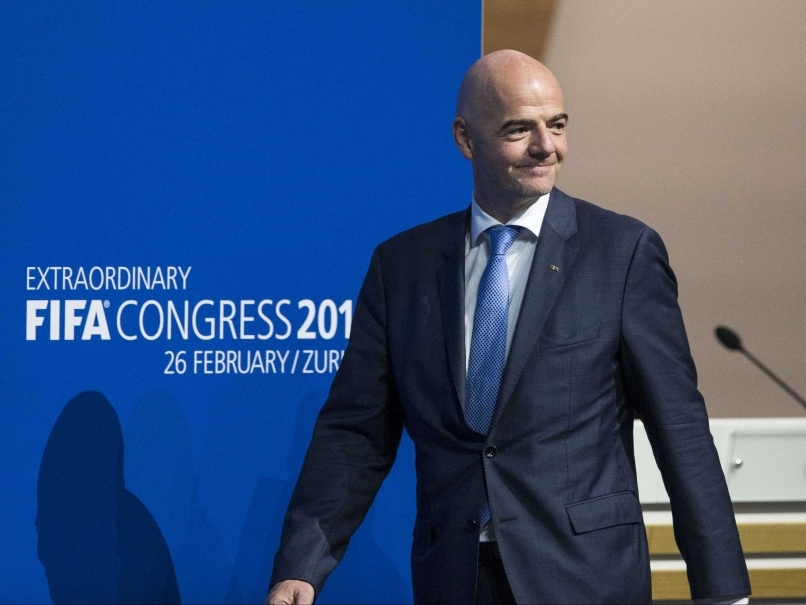 Infantino, 45, flew to Bristol from Geneva on the low-cost easyJet airline on Friday ahead of the weekend's International Football Association Board AGM in Cardiff. (Gianni Infantino: Five Facts About New FIFA President)

FIFA have been criticised for their lavish expenditure in the past, but Infantino, recently elected as successor to the disgraced Sepp Blatter, said they must look after their cash because it does not belong to them. (FIFA President Gianni Infantino Has 'Qualities to Continue My Work', Says Sepp Blatter)

"I came with easyJet today because it was the best option to Bristol and then Cardiff. I always take the easiest and best option. I had to go to UEFA to say goodbye to the executive committee," Infantino said.

"The traffic was terrible from Bristol to Cardiff which meant I was a little late. We are normal people and we have to behave like normal people.

"There will be occasions when I have to take a private plane, if I have no other way to go somewhere, if it's too complicated or I need to go to three countries in the same day.

"I will not now start travelling only easyJet. I will always take the best option. Everyone in FIFA should be working to optimise the costs.

"This was my job at UEFA when I was general secretary. I will give the philosophy from the top. One of my priorities has always been to optimise the costs because we have to be responsible what we do with the money, which is not our money. It is football's money."

For former UEFA secretary-general Infantino, the visit to Bristol was particularly emotional.

When he was born in 1970, his life was saved by a blood transfusion when he was five days old with blood coming from Bristol and Belgrade.

And the Swiss-Italian lawyer is keen to meet the person from Bristol who helped save his life all those years ago.

"It's important to me because I tried to find out who these two people were. Unfortunately it was not possible at that time, I was told there is no archives," he said.

"It's quite a coincidence the first trip I make from Switzerland is to Bristol. Form that airport, 46 years ago almost, the blood left to save my life."

While he is in the United Kingdom, Infantino will also take in an English Premier League game when he sees Swansea play Norwich on Saturday.