World champions Germany held Italy to a goal-less draw in a friendly at San Siro, Milan. 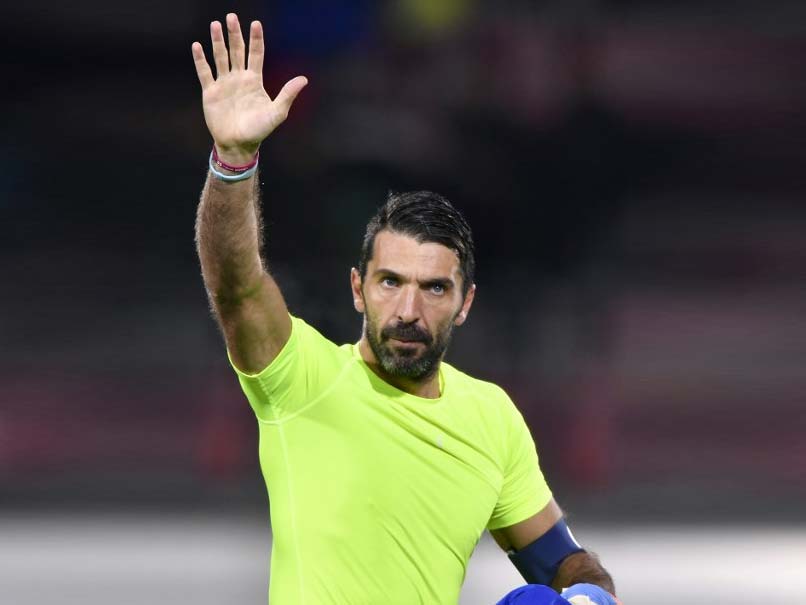 Gianluigi Buffon earned a European record-equalling 167th cap as Italy played out a goalless friendly draw with their Euro 2016 quarter-final tormentors Germany in Milan on Tuesday.

The 38-year-old Buffon, who made his Italy debutin 1997, is now level with retired Spain legend and fellow goalkeeper Iker Casillas.

Although Buffon is now just 17 behind world record-holder Ahmed Hassan of Egpyt (184), the appearance of AC Milan's Gianluigi Donnarumma for a more positive second half was a reminder that retirement may not be too far off.

Hosting Germany just four months after a dramatic penalty shoot-out defeat ended their Euro 2016 hopes in Bordeaux, Italy were looking to end their three-game winless streak against the world champions.

But the hosts failed to transform a promising finish to the game into a win, Torino striker Andrea Belotti notably hitting the upright late on.

"We were facing the world champions and gave very little away," said Italy coach Giampiero Ventura.

"Apart from hitting the post, we had four or five situations that we could have done better with."

Like Ventura, Germany boss Joachim Loew has one eye on the future and made several changes to his established starting line-up. By the end, he was largely happy with their performance.

"It was a good and important result for us, especially our young players," he said.

"We can be totally satisfied, even though we could have tightened up a little in defence."

Juventus midfielder Sami Khedira and Arsenal's Mesut Ozil were both rested, and regular skipper and goalkeeper Manuel Neuer was out with a virus, handing Bernd Leno the gloves for the night.

Buffon had to be alert to thwart Thomas Mueller as he chased a ball over the top and the Juventus 'keeper was also grateful to Davide Zappacosta for producing a timely block after Leon Goretzka's flick sat up nicely for Mueller to unleash a first-time drive.

Donnarumma, just 17, replaced Buffon to warm applause for the start of the second half, claiming only his second cap after making his debut against France in September.

Italy threatened when Belotti drilled a high shot wide of post and bar after finding space from 20 yards out. Belotti and Ciro Immobile, who combined have scored seven of Italy's last nine goals, were finally beginning to gel.

But the hosts saw claims for a penalty waved away after Belotti squeezed between Shkodran Mustafi and Jonathan Tah before tumbling in the area.

Germany brought on Serge Gnabry, who hit a hat-trick on his debut in a 8-0 rout of San Marino last Friday, for Goretzka while Mueller made way for Kevin Volland.

And Volland had the ball in the net when he flicked Joshua Kimmich's drive across goal past Donnarumma, only to be ruled offside.

Italy enjoyed a positive finish, but failed to breach the Germany goal.

Substitute Federico Bernardeschi should have done better than shoot tamely at Leno and Lazio striker Immobile curled a shot wide after being set up by Belotti.

The Torino forward could have nicked the win late on, but he saw his low angled strike come off the base of the far upright with Leno beaten.

Comments
Topics mentioned in this article
Football Germany Italy
Get the latest updates on India vs South Africa and check out  Schedule, Results and Live Score. Like us on Facebook or follow us on Twitter for more sports updates. You can also download the NDTV Cricket app for Android or iOS.