Mario Goetze, who was a free agent after Borussia Dortmund allowed him to leave, has signed a contract with Dutch club PSV Eindhoven. 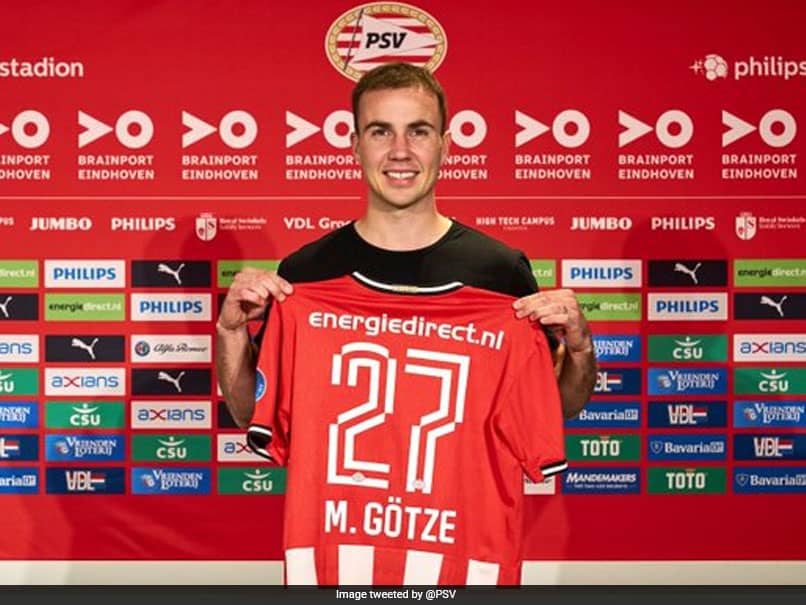 German World Cup final hero Mario Goetze, who was a free agent after Borussia Dortmund allowed him to leave, has signed a two-year contract with PSV Eindhoven. Goetze, scorer of the extra-time goal that gave Germany a 1-0 victory over Argentina in Brazil in 2014, made only five Bundesliga starts at Dortmund last season.

The club decided not to offer him a new contract and, at 28, he became a free agent which meant he could sign after the transfer window shut and after reported negotiations with Hertha Berlin went nowhere.

The attacking midfielder started his career at Borussia and moved to Bayern Munich in 2013 but was allowed to return to Dortmund after three seasons. He won the last of his 63 Germany caps in 2017.

Borussia Dortmund Mario Götze Football
Get the latest updates on India vs England Series, India vs England , live score and IPL 2021 Auction . Like us on Facebook or follow us on Twitter for more sports updates. You can also download the NDTV Cricket app for Android or iOS.