German international goalkeeper Marc-Andre ter Stegen ruled himself out of the 2020 European Championships as he is to undergo an operation on his right knee. 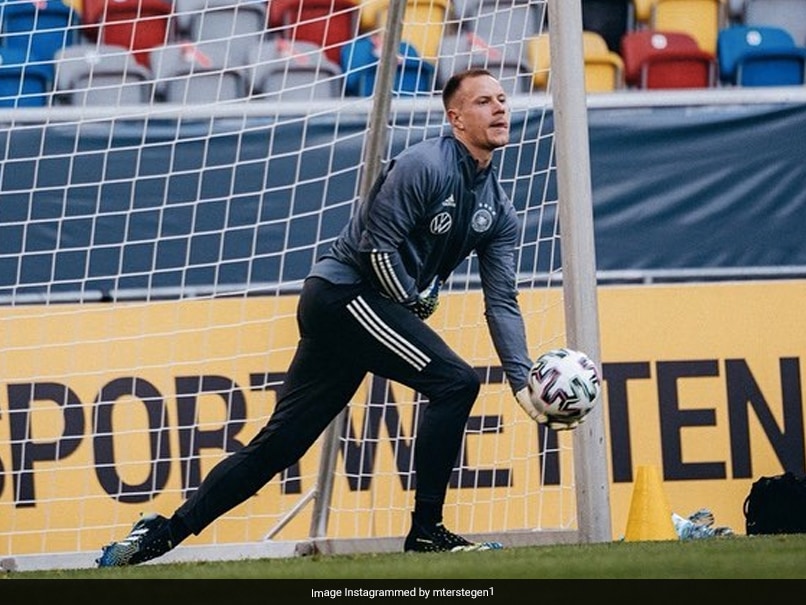 German international goalkeeper Marc-Andre ter Stegen announced Monday that he is to undergo an operation on his right knee that will rule him out of Euro 2020. "I have decided together with the medical team of the club (Barcelona) that I will do a complementary intervention on my knee. I'm sad that I will miss the Euro 2020 this summer with Germany," the 29-year-old said on Instagram. Barca said in a statement that Ter Stegen is scheduled to go under the knife on May 20.

It will follow a similar operation in August last year, which kept him out of action until November.

His announcement comes a day after Barca were officially left out of the running for the Spanish league title after a 2-1 home defeat by Celta Vigo left them seven points behind La Liga leaders Atletico Madrid with one game to play.

Ter Stegen has played just 24 times for his country as he has struggled to dislodge Bayern Munich stopper and Germany captain Manuel Neuer from the number one spot.

Euro 2020 will take place between June 11 and July 11 across Europe after being pushed back a year by the Covid-19 pandemic.

Barcelona Marc-Andre Ter Stegen Football
Get the latest updates on ICC T20 Worldcup 2022, check out the Schedule and Live Score. Like us on Facebook or follow us on Twitter for more sports updates. You can also download the NDTV Cricket app for Android or iOS.