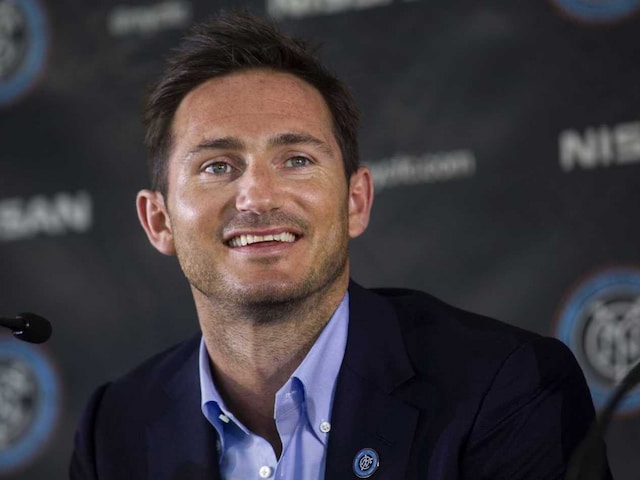 Frank Lampard during a press conference in New York,© AP

Lampard said he can't wait to play alongside two greats of the game, Pirlo and Spanish ace David Villa. (Steven Gerrard insists football in USA is no holiday for him)

"David and Andrea are at the top of the list, I'm a lucky man to be in the same squad as them," Lampard was quoted as saying by goal.com on Tuesday. (Lionel Messi does not deserve criticism)

"I've been watching all the games. I know every player and how they play. It will be a pleasure to play with them every day. I think Pirlo is the best at getting his ball to dip and dive off the free kick. He can have the first one" he added.

Lampard spent the last season on loan at English side Manchester City from the Major League Soccer (MLS) outfit. But this season he will play for the MLS side and could make his debut in Sunday's meeting with Toronto FC. (Cristiano Ronaldo meets near-nude clone in Tokyo)

Comments
Topics mentioned in this article
Frank Lampard Andrea Pirlo Football
Get the latest Cricket news, check out the India cricket schedule, Cricket live score . Like us on Facebook or follow us on Twitter for more sports updates. You can also download the NDTV Cricket app for Android or iOS.